Rod Edelstein, aka Record Ron, was a true legend of the Big Easy. He left New York where he had worked as a producer and promoter and to moved New Orleans in 1969 where he opened ‘Record Ron’s’ vinyl emporium in 1981.

His Decatur Street shop was a place where you could spend all day looking through the vinyl on display without even breaking for lunch. In 1992, Ian Clayton and myself spent far too many hours browsing through the wonderful selection of records and talking to Record Ron at great length. He told us his wife had left him when his personal collection of twenty-thousand albums began to overtake the kitchen in their apartment.

Record Ron was a fascinating man who devoted his life to music and vinyl records with consistency, love and inventiveness. The man was exuberant and his impact  on the New Orleans music scene was immense. I asked him to pose for me with a couple of his favourite LPs and he, being a doo-wop afficiando, picked two of his favourites by The Cadillacs.

When he died, four years after this shot was taken, he had amassed fifty-thousand LPs and two hundred thousand singles as well his beloved collection of vintage metal lunchboxes.

Some years later I got a very nice letter from Ron’s widow. She explained that she’d been given a copy of this shot by the owner of an art gallery in New Orleans whom I’d left some prints with when I’d returned to New Orleans in 1996. In the letter she said she was a neighbour of the great jazz photographer, Herman Leonard. Ron’s widow told me that Herman loved the photo and said it captured his friend, Record Ron, perfectly.

As we were about to leave his shop, Record Ron suggested Ian and I go and visit Cosimo Matassa. Cosimo was one of the most famous pioneers of rock and roll and the proprietor and engineer of the fabled J&M Recording Studio where Dr John, Professor Longhair, Fats Domino and Smiley Lewis, to name but a few, had created some of the worlds finest Rhythm and Blues music. It was at this very same studio that Bumps Blackwell and Cosimo had recorded Little Richard’s game changing, Tutti Frutti in 1955.

“Just tell Cosimo that Record Ron sent you,” he said as he scribbled his address on a scrap of paper. 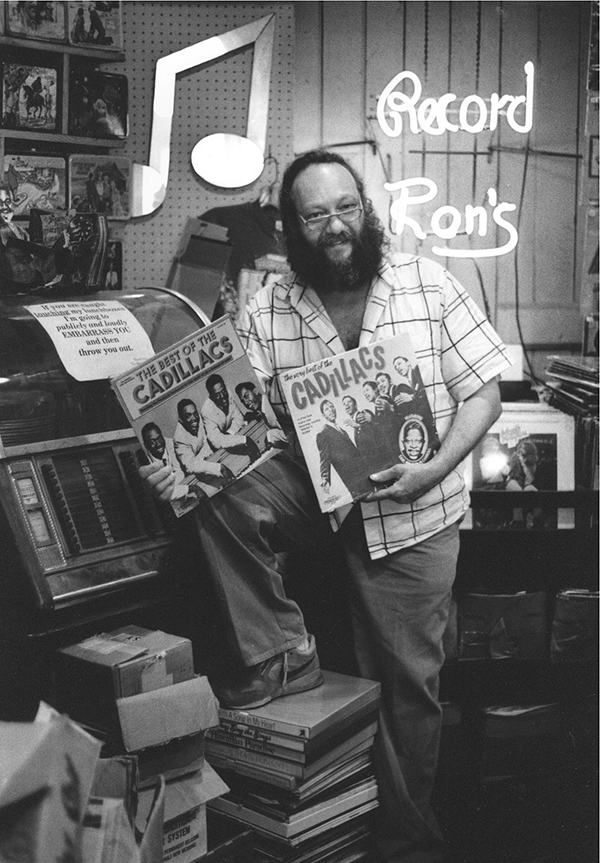