Arriving at the address that New Orleans legend, Record Ron had scribbled on a piece of paper twenty minutes before, Ian and I were surprised to find our destination was a modest size grocery store, despite the sign hanging outside proudly claiming: ‘Matassa’s Super Market.’

Inside, arranging some tins of beans and other canned goods, we met Cosimo V. Matassa, the former proprietor and engineer of J&M Studios, where Little Richard had first screamed one of the finest openings of any record ever made, “A-bop-bop-a-loom-op a-lop-bop-boom, Tutti frutti au rutti.” Cosimo preferred to be called an engineer – “We weren’t called producers in those days,” he told us.

He was crucial to the development of the sound of Rhythm and Blues of the 1950s and 1960s. Cosimo often worked with the producers Dave Bartholomew and Allen Toussaint as well as ‘engineering’ many recordings by Lee Dorsey, Dr John, Professor Longhair, Smiley Lewis, Fats Domino, Shirley & Lee, The Dixie Cups, Big Joe Turner, Ray Charles, Aaron Neville, Sam Cooke et al and, of course, Little Richard.”

Many claim that Cosimo is responsible for what became known as ‘the New Orleans sound,’ with powerful drums, heavy guitar and bass, strong piano, light horns and an up front vocal lead and often with a good-time, laid back feel.

Here he was talking to us with a tin of beans in one hand and a duster in the other. He explained that he retired from working in music in 1980 to run the family business which had been established in 1924. He then went on to regale us with some tales of recording the greats who had passed through J&M Studios. He was a modest and kind man who took time out to talk two music enthusiasts who had arrived unannounced blurting out, ‘Record Ron sent us,’ just in case he sent us packing.

Ian asked Cosimo if he had any souvenirs or mementos from his extraordinary career in music that we could look at and he just shook his head and said, ‘Oh no, I never kept anything, I didn’t realise we were making history.’

We eventually left the living legend to keep on arranging his stock of canned vegetables and called at the site of the former J&M Studios on Rampart Street. Sadly, it was now a launderette. We peered through the grimy windows and saw an old lady folding some underwear she’d just taken out of a dryer – probably just a few feet from where Little Richard had belted out the opening lines to Tutti Frutti back in 1955.

In 2012 I received an email from the Grammy Awards office in Los Angeles. It was an enquiry asking how much it would cost to use this photograph in their upcoming catalogue for that years award ceremony. It went on to explain that Cosimo was going to receive the Grammy ‘Award for Musical Excellence.’ I replied it wouldn’t cost anything, I just wanted a copy of the publication.

It arrived a month or so later and, as you can imagine, I was very pleased with it. It was lavishly produced and beautifully printed – I just wish I could find it. 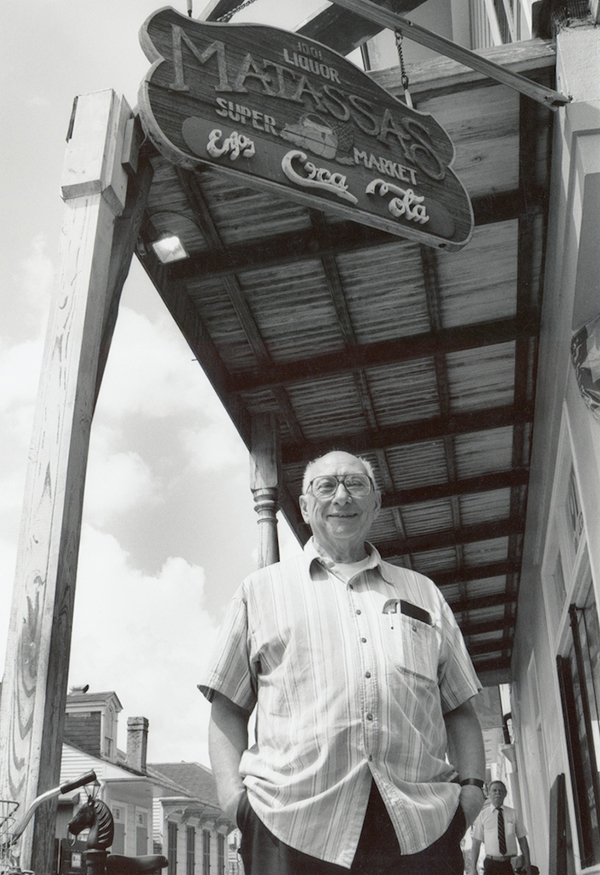