Ernest Tubb, aka the Texas Troubadour, was a pioneer of the honky tonk style of country music. He was inducted into the Country Music Hall of Fame and was a favourite at the legendary Grand Ole Opry – a mecca for fans of C&W.

Early in 1947, he opened the Ernest Tubb Record Shop in Nashville. Also that year, he became the first country star to play Carnegie Hall in New York, signalling how much he had done to increase country music’s popularity across the United States; a few years before, it would have been unthinkable to have such rural music play in such an urban venue.

Ian Clayton and myself went into the Ernest Tubb Record Shop for a quick look around early one afternoon on our way to have a tour of the Ryman Auditorium where the Grand Ole Opry had been held from 1943 until 1978. We left the shop many hours and many dollars lighter and weighed down by rare country LPs and singles.

I returned in the evening and took this shot. 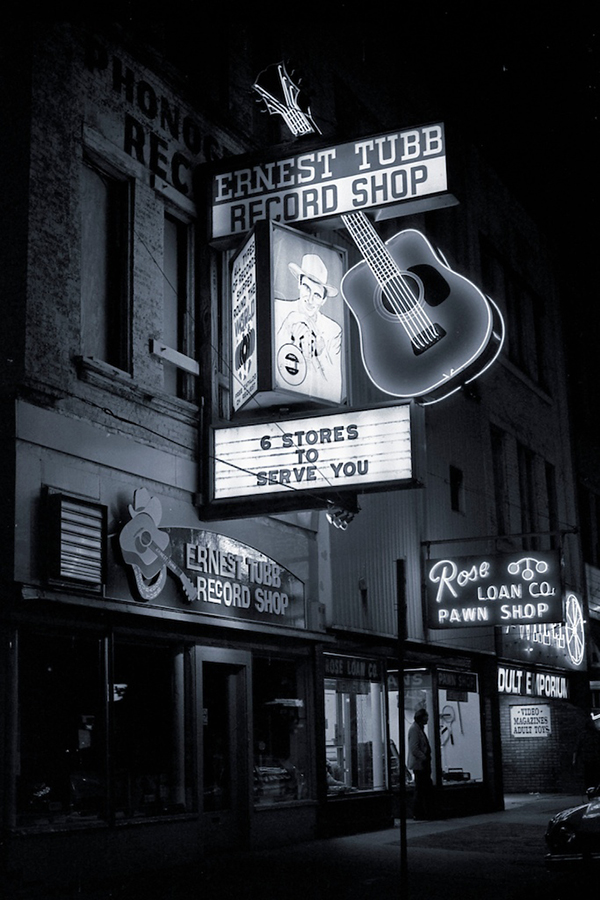