As was the usual protocol for photographers at most gigs, just the first three songs were allocated to take shots. Iggy was a difficult subject from the get-go, he was never still and he moved like a rabid greyhound.

He came to the edge of the stage just as I was lining up a shot and jabbed the mic stand towards my face, stopping a few inches short. When I didn’t flinch after the third time, Iggy grinned and gave me a thumbs up and then raced along the stage again.

Any photographer with Iggy in their sights wants the shot of him diving into the audience and I, of course, was no exception. Towards the end of the third song and my allocated time, Iggy came to the edge of the stage again. He noticed I was putting a new roll of film in the camera, bent down towards me, gave a manic laugh and then dived into the audience.

I left the press pit, thinking I hadn’t got any decent shots. Standing at the bar at the back of the club, downing a much needed pint, I noticed that my view of Iggy was actually better than my position looking up from the press pit to the stage. I quickly put a zoom lens on the camera, took a couple of shots and left hoping that I’d got what I wanted. I was quite pleased when this shot came to life in the darkroom.

When I was putting together the photographs for this website, I revisited the contact sheets and discovered a few more decent shots of Iggy Pop I’d overlooked at the time. Here is one of those shots – I hope you like it. 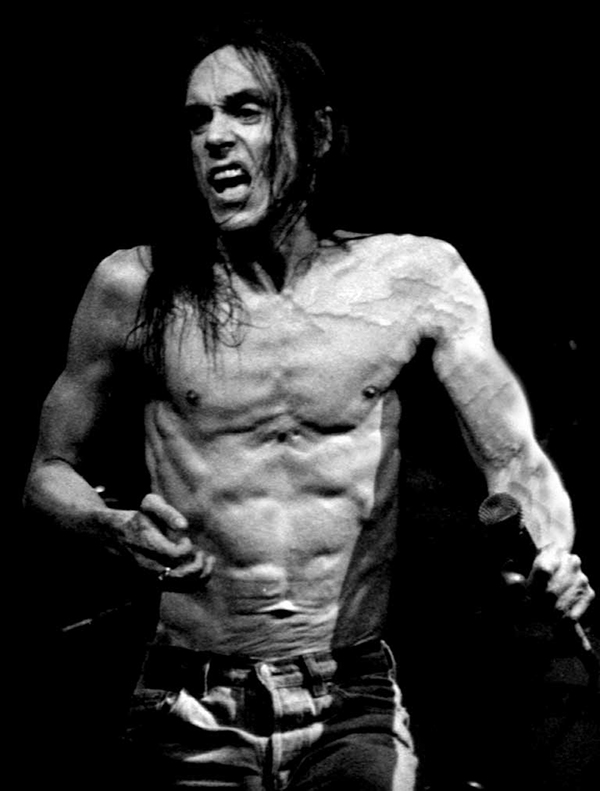 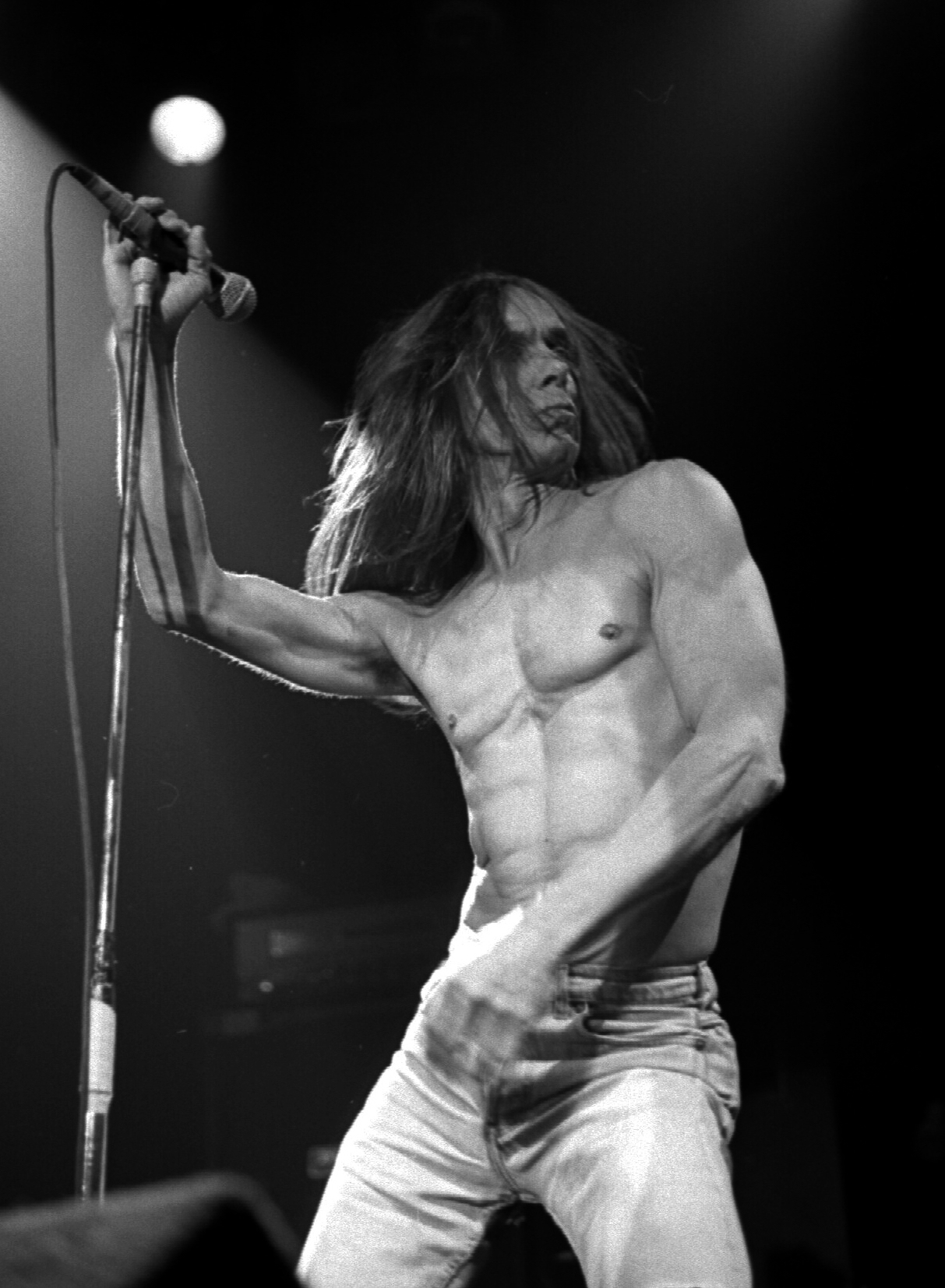