This photograph was taken on the same evening that I took the shot of Ernest Tubb Record Shop shown previously. Tootsie’s is spitting distance from both the record shop and the Ryman Auditorium which used to host the Old Grand Ole Opry. Many of the great country singers used to drink at Tootsies before and after they were famous including Willie Nelson, Patsy Cline, Kris Kristofferson, Waylon Jennings, Roger Miller and numerous others.

Tootsie (Hattie Louise Bess) was known to slip five-dollar and ten-dollar bills into the pockets of luckless writers and musicians. It was said she had a cigar box behind the counter full of IOUs from where she had also given drinks and food to them. Supposedly, at each year’s end, a bunch of Opry performers took all the IOUs and would pay Tootsie so she wouldn’t lose the money. She died in 1978, eighteen years after buying the bar she would make world famous and some illustrious C&W greats attended and performed at her funeral.

Myself and my fellow travelling companions had a few sessions in Tootsie’s Orchid Lounge and in the true spirit of hard drinking in a classic honky tonk, we can’t remember anything about those nights. I do know it’s a wonder that this shot is in focus. 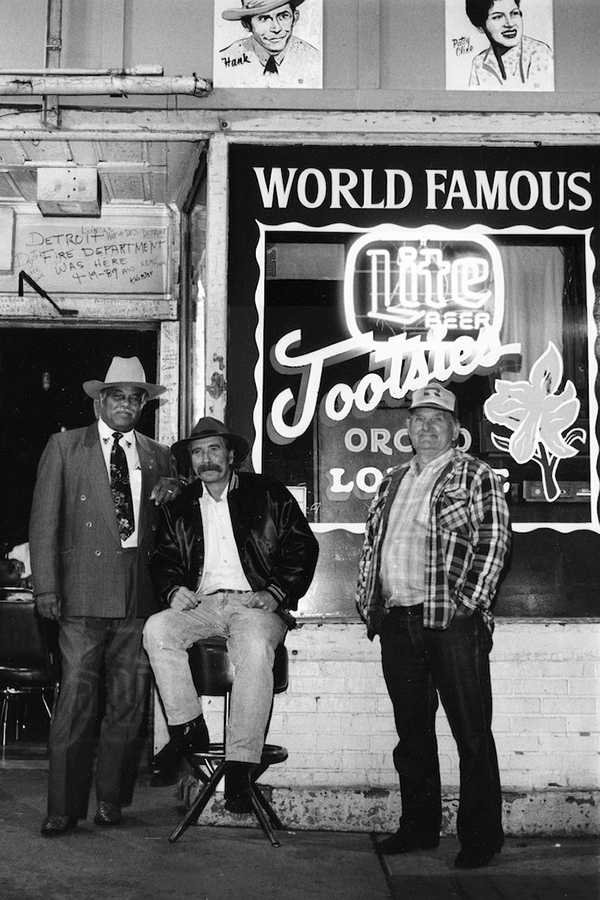