Ian Clayton introduced me to the jazz and big band singer, Geraldine Farrar the day this photograph was taken at her home in Featherstone. After taking a few shots to get in the mood I noticed the photograph of a young Geralidine hanging on her wall and the rest of the composition just fell into place.

Here’s a lovely piece Ian has written about a very special lady:

I first came across Gerry in the Sun Inn at North Featherstone, she was drinking gin and tonic, elbow on the bar, cigarette poised with ash about to fall. She looked like a film star and spoke like an English actress in a Film Noir in a fantastic dark brown voice.

Gerry’s first taste of the business came when her father was secretary at “The Rat Trap”  Working Mens Club in Featherstone. She was fascinated by the turns she saw there, including a very young Ernie Wise, then a clog dancer in his father’s act. She worked as a chocolate girl at the Premier cinema and in 1938 distinguished herself in a singing audition at Morecambe Pier.

She went on to a successful career in radio broadcasting, making over 100 broadcasts from Oxford Road, Manchester, and Portland Place in London. She sang and made records with many of the great bandleaders of the time: Henry Hall, Harry Roy and finally the Sid Phillips Orchestra.

I once sat looking through her scrapbooks, they included fading photos of her in night clubs with Elizabeth Taylor. She launched into tales about looking after a very nervous Shirley Bassey at the Glasgow Empire and then she would wink as she remembered a champagne-soaked tale involving the Earl of somewhere or other at a night-spot on Old Bond Street.

She told me about the time she went to audition for the great Geraldo: “He took me on his knee, stroked my hair and said ‘Dear sweet Geraldine, you’ll get on, but I’ve got Dorothy Carless, come and see me another time.’ I was a frightened girl in those days.”

I will never forget her voice. When we did a short feature for TV about her, she told me that she could still fetch tears to people’s eyes when she sang the song ‘Tenderly.’ She was 80 by then and in poor health, her voice was like a scorched newspaper, I doubted whether she could carry a tune in a bucket.

It was a lovely day and we were in the garden, the cameraman was humming Summertime, “Fish are jumpin’ and the cotton is high, your daddy’s rich…” Gerry joined in, it was precious. When Rev Reynolds and me went to her bungalow on the day he took her photo she spent some time putting on her make up and reached into the wardrobe for her mink jacket a reminder of those showbiz days years before. She gave one last look in a wall mirror that she had bought from Liberty back in the day and like Gloria Swanson in Sunset Boulevard she said ‘I think I’m ready for my close up.’ She was an absolute darling. 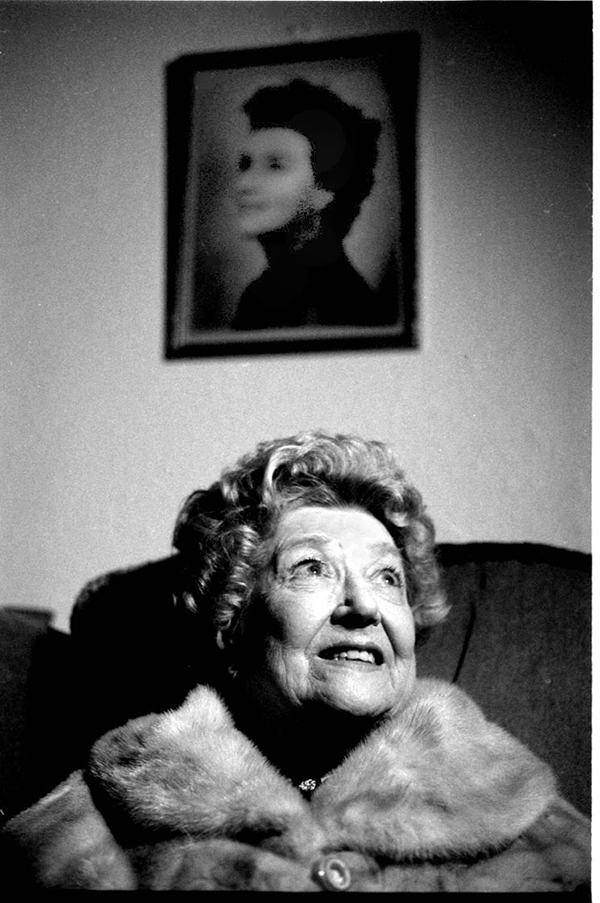