COUPLE DANCING IN FRONT OF A JUKEBOX, Pontefract 1991.

Like the previous photograph, (Another Saturday Night) this one was taken in my home in the wee hours after a night out on the town.

In 1965, aged thirteen, I went to Butlin’s at Filey with a few mates. Every day we would go into the coffee bar and listen to the Rock-Ola Tempo jukebox, especially Bob Dylan’s Positively 4th Street which had just been released.

One day, one of the off-duty Butlin’s Redcoats was sat talking to a pretty young blonde girl who was wearing a tight, white angora sweater. He bore a striking resemblance to Elvis and was often seen ‘chatting up the birds.’ To our amazement, he took his shoe off, rested his legs on the girl’s thighs and started stroking her breast with his foot while Dylan was singing “you’ve got a lot of nerve.” She carried on smoking and chewing gum as if nothing was happening.

I don’t know which impressed us the most, Elvis the Redcoat’s foot, the girl’s indifference to it, or Dylan’s Positively 4th Street blasting out from the iconic Rock-Ola Tempo jukebox.

Ever since that incident I wanted a jukebox in the house, and in particular, just like the one in Butlin’s coffee bar. In 1983 I saw a classified advert in the Yorkshire Post selling a 1960 Rock-Ola Tempo jukebox. I got in touch with the seller and went to have a look at it. He was an ex-biker who had started restoring jukeboxes after losing his left arm in a motorcycle accident. He’d discovered the Rock-Ola in a pub cellar in Wakefield, where it had been gathering dust since the late sixties. It was just what I’d been longing for since that visit to Butlins in 1965.

I’ve still got it and it’s playing now as I write this story. No prizes for guessing which record is on the turntable. 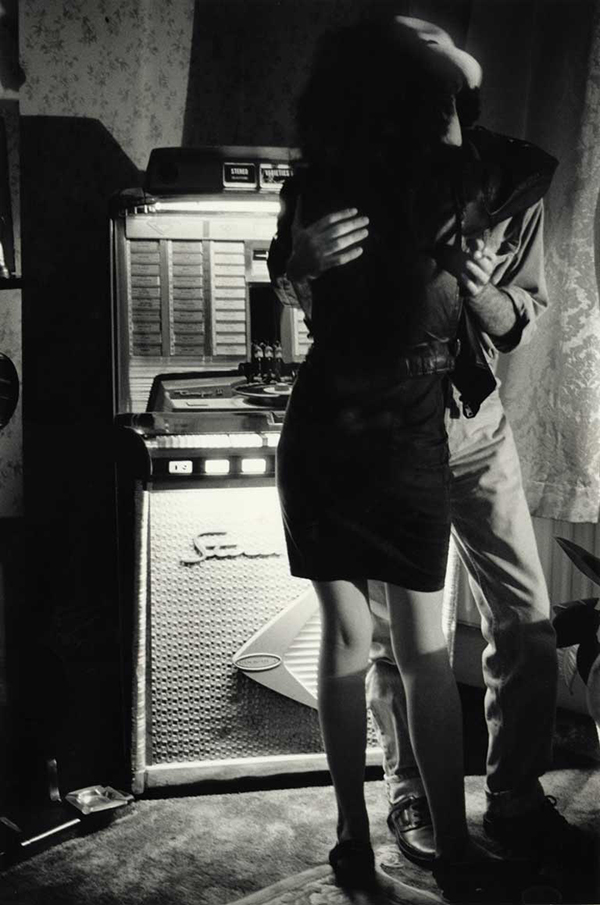