Tim Atack is a musical renaissance man whose career began in the 1970’s as founder member of the pop group Child.

Tim writes contemporary film/TV music as well as writing, recording and producing songs with various collaborators. It was from working with the singer Des’ree that the song they wrote together Kissing You became the love theme for William Shakespeare’s Romeo and Juliet (directed by Baz Luhrmann).

Early features include Among Giants and Elephant Juice. TV credits include the music for the BBC’s BAFTA nominated Much Ado About Nothing and ITV’s Quite Ugly One Morning, starring James Nesbitt. He also performed a ‘live improvised electronic score’ for the BBC’s The Quatermass Experiment.

In 2016, Tim scored three memorable feature documentaries for director Dan Gordon; Hillsborough, a definitive account of the tragic events of April 15, 1989; Don’t Look Down, a biopic of Richard Branson centered around his attempts to break world records in balloon flight; and George Best: All By Himself, a heartbreaking account of the fall from grace of one of the most naturally gifted footballers of all time.

More recently Tim composed the scores for The Invention of Lying and Cemetery Junction both written and directed by Ricky Gervais.

Tim divides his time mainly between London and Yorkshire where he lives and works in his home studio. Before concentrating on film and tv scores Tim was a touring musician, playing keyboards for artistes such as Des’ree, Brian Ferry and the late Michael Kamen.

And he used to be my neighbour for many years in the nineties. This photograph was taken in his home studio when we lived next door to each other. 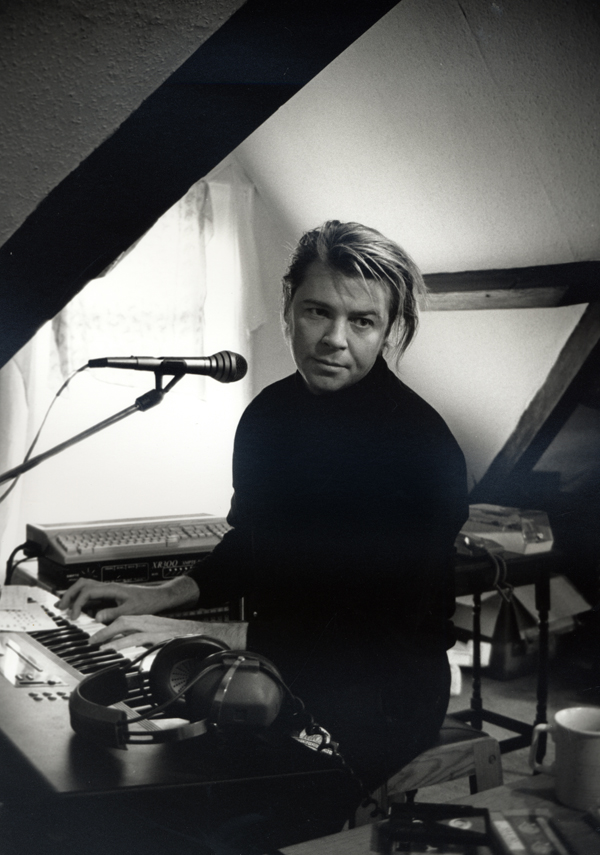