Some of the chosen subjects for the Locals exhibition were friends and acquaintances and some were people I just approached in the street. I decided to shoot my friend, Gary Lethbridge (aka Gary Guestlist) with one of the tools of his trade in his hand. The lighting is very much influenced by German Expressionism cinematography and the great American ‘Film Noir,’ movies of the 1940s and 50s.

I rediscovered this print a in a battered box labelled ‘Faces’ – like the definitive style publication, The Face. They named the groundbreaking magazine after people like Gaz and I’m not surprised. He’s no dedicated follower of fashion but a man of style, who appears to be constantly evolving. 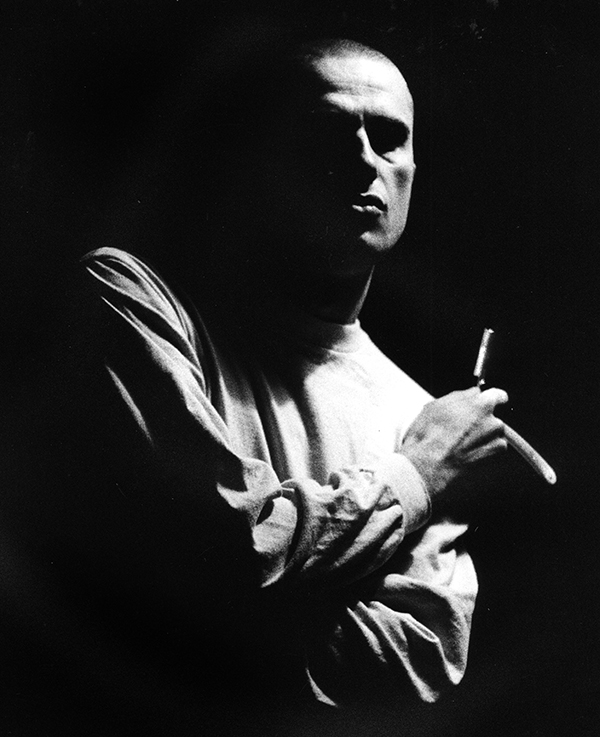