Lefty Dizz was a terrific guitar player and singer from Chicago. His band was called Shock Treatment and he’d worked with Junior Wells, J. B. Lenoir and Hound Dog Taylor as well as many other blues greats. One music journalist noted that “for wild-ass showmen in blues history, one would certainly have to go far to beat Lefty Dizz.”

One day I received a call from the Special Photographers Gallery in London. They had been contacted by a film’s production team who needed some photographs to be displayed in a London jazz club featured in their new movie, Papparazzo. I supplied a dozen or so framed shots, including this one of Lefty Dizz.

The film’s main character is played by Nick Berry, former star of the Yorkshire Television series, Heartbeat. Nick plays a tabloid paper ‘Paparazzo’. In the scene set in the jazz club, Nick is trying to impress, by romantic candlelight, the film’s heroine. To prove that he’s not the bad guy that people make him out to be, he talks about the fine art of photography. He explains that he doesn’t just shoot celebrities off guard, but that he has artistic qualities as well.

She looks admiringly at my jazz and blues shots on the wall and asks, “Did you take these?”. Nick looks smug, smiles, nods and says quietly, “Yes.” Heroine impressed, two hearts beat as one and mission accomplished. 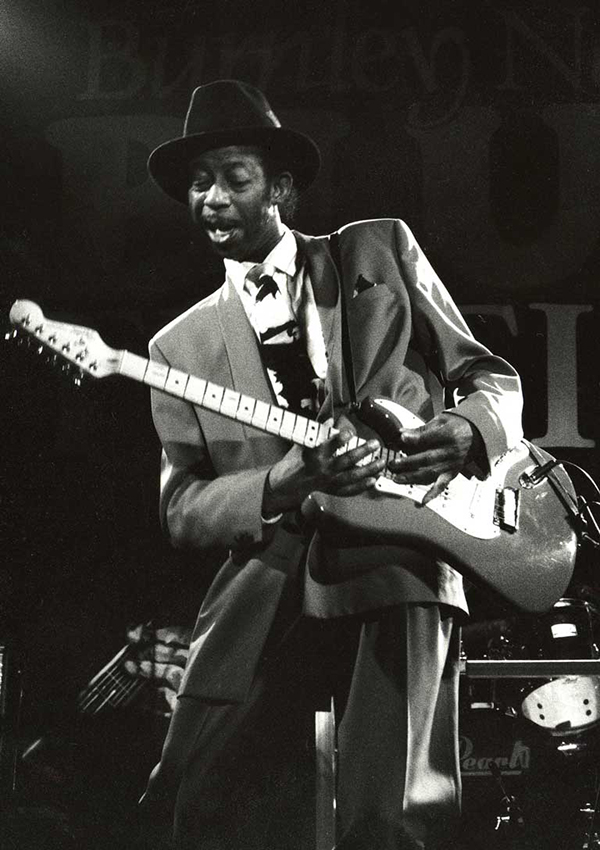