Fuff, Les, Ian and me are sat in the Clover Grill at the far end of New Orleans’ Bourbon Street, nursing black coffee and yet another hangover. Our fellow companions in the diner are pimps, hookers, drag queens, drug dealers and musicians – all united in the aftermath of the previous nights excesses.

Les suggests we need to get out of town. He mentions Fuff’s kidney transplant and says we’ll all need one if we keep going at this rate. We buy a map and arrange to hire a car for the following morning. That night, we tell a guy we meet in a bar about our trip, and he gives us a bag of grass for the journey. Highway 61, Clarksdale, Memphis and Nashville beckon.

Twenty miles shy of Nashville and the country music station plays soft until Hank Williams comes on telling us about being lovesick. I smile and open the bag of grass and decide to roll another number. Five minutes later Les looks in the rear view mirror and says, very calmly, “I think we’re going to get pulled over here, chaps. We must be over the speed limit.” Blue and red lights are flashing in the midday sun as I shove the weed down the side of the back seat.

We look around and see a figure approaching. He looks like Rod Steiger, from the movie In the Heat of the Night. Sweat patches and a sheriff’s star on his shirt make the comparison complete. Rod motions to Les to wind the window down and when he does so a cloud of marijuana smoke engulf’s Rod’s head.

Rod Steiger’s joined by a tall thin cop who, bizarrely, looks like he’s stepped out of the same movie. I reckon that he’s a look-alike for Ralph, who works at the local diner and hides the meringue pie every time officer Warren Oats calls in for a slice. This is getting weird, we’re getting busted by two characters from one of my favourite films.

We’re roughly frisked against the car and then made to stand in a line with our arms stretched out sideways. Rod asks for some ID and I explain that the passports are either in the back of the car or the trunk. “Well, go get ‘em, boy,” he tells me. I pretend to look for the passports in the back of the car where I grab the bag of grass. I try to discreetly drop-kick the bag under the car as I move towards the trunk. Officer Ralph yells as he spots me and I realise we’re f***ed.

Rod orders Ralph, who clearly wants to lock us all up as soon as he can, to put me in the back of the police car and then Rod joins me. He asks if there are any more drugs in the car and I confidently reply that there aren’t any. He tells me, I best be right ‘cos a van of sniffer dogs are on their way. Five minutes later they arrive.

The dog handler and Ralph begin to empty the trunk starting with our bag of recent purchases from Graceland. They start throwing our Elvis Presley Boulevard signs, and other souvenirs we’ve bought to the ground. Through the police car windscreen I see Ralph glancing around to make sure no one’s watching him and then see him shaking Fuff’s Graceland snowstorm, he soon realises its not up to much and tosses it away. He then picks up the Elvis cocktail stick holder that Ian bought because it was the tackiest item for sale in the shop, Ralph looks disgusted and it too joins the pile on the ground.

I notice that the lads, still stood in the same position, now have the same damp patches under their tired arms as Rod. I then realise I’m also wet through with the stifling heat and pure unmitigated fear. Rod Steiger comes and sits in the front of the police car again and asks, “You sure there ain’t any more drugs in that car, boy?” I reply that I’m positive and add that we only had the one bag of weed given to us in New Orleans.

The dog handler lets the hounds loose and they start sniffing the cases which are now lined up along the side of the road. I’m not a big fan of dogs, they bite you, shite everywhere and get hairs on your best clothes, but suddenly I’m complimenting Rod about the hounds and comparing them to the labradors my father, Joe used to have. Rod’s impressed and tells me that he trains the dogs himself and I feel him soften when I sycophantly tell him how marvellous they are and he nods agreeably. I’m feeling a little bit better until all hell breaks loose when the dogs get to Fuff’s case. They’re going berserk as Ralph yells, “We’ve got these motherfuckers now!” Rod looks at me with disappointment and gets out of the car.

I’m cursing Fuff, thinking he must have bought some dope and not told us about it. I watch as they confront him with some white prescription bags and realise it’s his medication following his kidney transplant. Rod comes back in the car and boasts about the dogs finding the tablets even though they are legal. I compliment the dogs and his training again, repeatedly calling him ‘sir,’ so many times he ought to be knighted.

He asks me, “What y’all doing over here in the US of A, anyway?” I tell him that I’m a photographer and that Ian is a writer. I lie and tell him we work for The Sunday Times writing travel articles and that Les are Fuff are our assistants. “The Times of London, England?” “Yes, sir,” I reply and Rod seems impressed. He pulls out his wallet and shows me some photos of his dogs he’s taken and I lie again and tell him that they’re really good.

Rod tells me to get out of the car and join the others. He looks us over and he says that they pulled us up because we were ten miles over the speed limit. As for the other business, he explains, “It’s Friday and our shift finishes soon – it’s a lot of hassle for us, so I’m gonna fine you boys seventy-five dollars for speeding and send you on your way.” As he writes the ticket Officer Ralph glares at us, seriously pissed off that we are being set free. Rod Steiger hands us the ticket and turns to go as I whisper to Fuff, do you think it would be okay to ask him to pose for a photo? Fuff shakes his head in disbelief and shoves me towards the hire car.

We hit the first bar we see and gulp down beers with bourbon chases. A guy in a linen suit comes over and says, “You boys sure look like you need those drinks.” We explain what’s happened and show him the speeding ticket. He looks at it and hands us a business card that states that he’s an attorney at law.

“Can’t believe they let you go. They were state troopers – you’re just a God damn bunch of hippies to them. Best you could have hoped for was a weekend in jail and a lawyer come calling on you on Monday to arrange bail. Let me buy you guys another round, maybe some of your luck’ll rub off on me.”

We take him up on his offer and then hit the road. Patsy Cline comes on the radio telling us about being crazy, then Hank Williams is singing about honky tonks. Les accelerates and we should hit Nashville ‘if the good Lord’s willing and the creek don’t rise,’ just in time for happy hour. 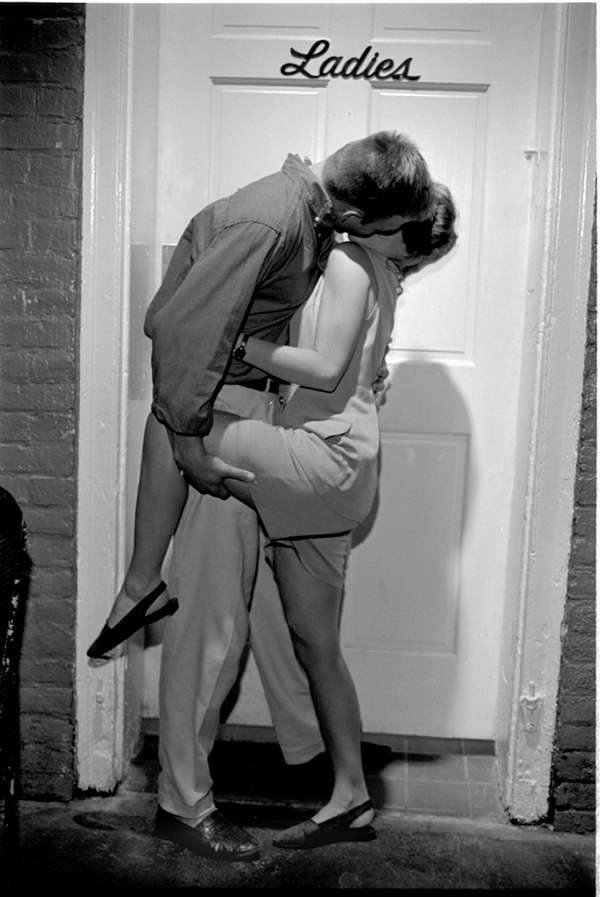