After taking this shot of The Chicken Man, inside the ‘House of Voodoo,’ I winced and had a little moan about a pain in my back. The Chicken Man laid his hands on my spine for a few seconds, creating a warm, soothing sensation. From one of the specimen jars located on a makeshift shelf, he filled a small, cloth pouch with what looked like a mixture of herbs, roots and bones. He told me to keep it on my person for the rest of my stay in the USA. I followed his instructions, and found myself to be pain free, for the rest of my vacation – which was really groovy indeed.

Ian Clayton recalls our visit to The Chicken Man’s ‘House of Voodoo’, in the following extract from his highly acclaimed book, Bringing It All Back Home,’ which is published by Route.

Prince Keeyama, the Chicken Man, King of Bourbon Street, Miracle of the French Quarter and Master of Martial Arts is sitting outside a shop called ‘House of Voodoo’ surveying upper Rampart Street from a tattered deckchair, like my grandad surveyed the beach at Blackpool. He starts to tell his stories.

‘The chicken is wise and alert. He’ll run and run. He wiser than an owl. He give you energy and knowledge. If you bite his head off, he give you knowledge too.’

Prince Keeyama, the Chicken Man, wears a Stetson with a petrified snake on it. He’s the sort of man who doesn’t look out of place with a dead snake on his hat. He wants to show me around his shop. He wants me to buy some souvenirs. I buy a voodoo doll for five dollars and some John the Conqueror root, because I’ve heard of John the Conqueror root from an old Muddy Waters song and I’ve always wondered what it was. The Chicken Man says a blessing over it. I feel as though I’ve got my Mojo working now. Chicken Man then breaks the spell by offering to sell me half a dozen voodoo glass ashtrays at a knock-down price. 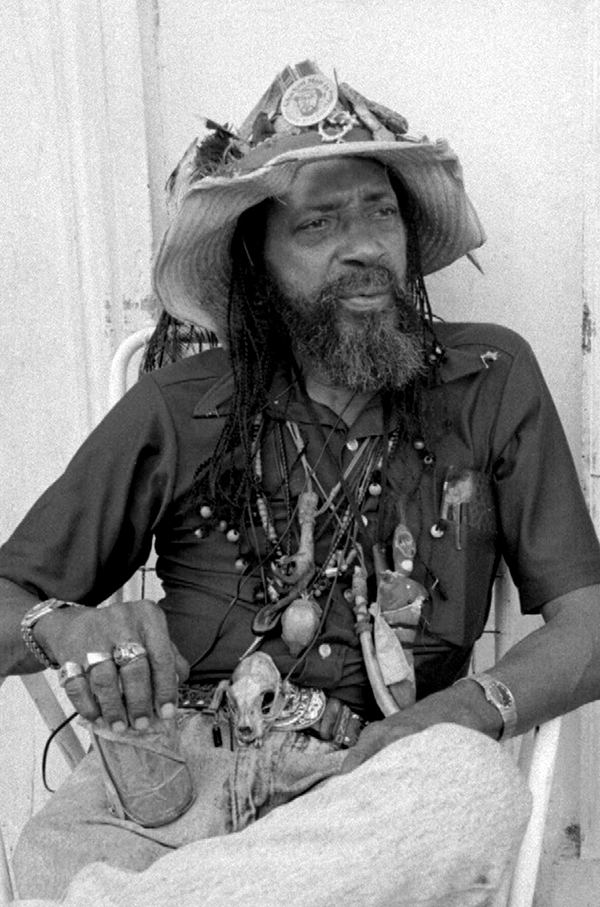