When I heard the dying strains of An American Trilogy coming from a crowded Bourbon Street watering hole, I pushed my way through the drunken throng and managed to get this shot of ‘Elvis,’ as he was finishing his farewell speech.

A couple of years later I was asked to take some photographs at a Christmas party by the owner of a Leeds based video production company. Their parties were always terrific and this one was no exception, with Whispering Bob Harris as the deejay and guests including a number of actors and personalities from the nearby YTV studios.

A George Michael look-alike was positioned in the gentleman’s toilet in reference to a recent scandal involving the singer. Eager to greet the guests on their arrival were ‘Marilyn Monroe,’ and ‘Elvis Presley’.

I was asked to take a photograph of a well known Countdown host with Marilyn and Elvis. Just as I was lining up the shot an acquaintance of mine, who was not the biggest fan of the presenter, passed by and remarked, “Just look at that – all three have been dead for f***ing years.” 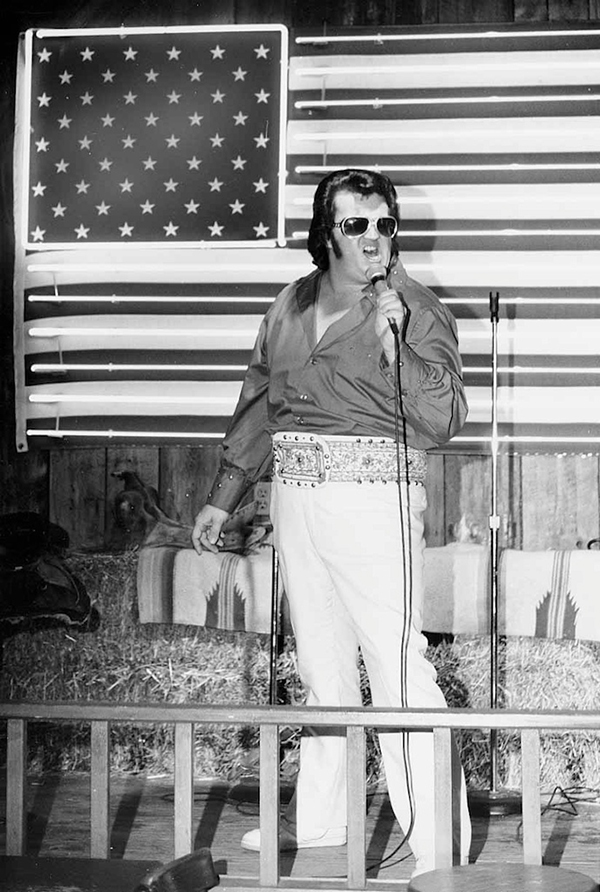