After developing the films in the darkroom, printing the contact sheets was always accompanied by trepidation. Looking through a magnifying glass at the thirty-six images on each sheet and hoping that you’ve got the one that really matters was both daunting and exciting. But sometimes one shot would stand out as being the best by a country mile. This photograph of country pioneer, Dwight Yoakam was one such shot and it’s one of my favourites.

Dwight Yoakam’s astonishing debut, Guitars, Cadillacs, Etc., Etc., changed the face of country music single-handedly and remains one of the defining albums of the genre. Released in 1986 it was completely at odds with the prevailing trend in country music towards a soft ‘crossover’ sound.

Dwight Yoakam was not your typical country music performer. Although born in Kentucky, he moved to Los Angeles in 1977 and was schooled in that city’s punk rock scene. Yoakam successfully moulded together traditional honky-tonk sounds and the Bakersfield Sound of his home state, with the energy and spirit of his punk roots. The result was electrifying. Traditional country instrumentation; fiddle, dobro, pedal steel and flat picked guitar, gave the record its authenticity, with Pete Anderson’s twangy Telecaster giving the album its signature sound.

Skin tight Levis, cowboy boots and sequinned jackets have been worn out and replaced over the years, but not that hat. Dwight has been wearing the same Stetson, that he bought for $50 in 1979, to this day. You can say a lot about the man that has not lost his hat. 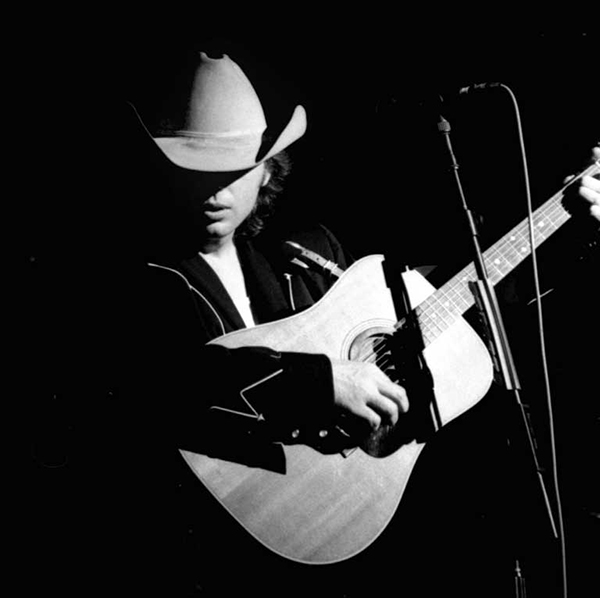