Little Jimmy Dickens stood just 4´10´´ tall but, wearing the right boots and hat – a white straw Stetson with a 7″ crown – he towered at 5´5´´. Known for his small stature, his comic songs, and his rhinestone-studded “Nudie suits,” Dickens has been called country music’s foremost entertainer and was the first country musician to circle the globe on a world tour.

Though he never had a consistent presence in the upper levels of the country charts, Dickens had a reputation as an outstanding ballad singer and managed to have hits in every decade between 1940 and 1980. He was inducted into the Country Music Hall of Fame in 1983.

At his passing at the age of 94, Little Jimmy Dickens had been a member of the Grand Ole Opry for more than sixty-six years, longer than any other country artist in history. 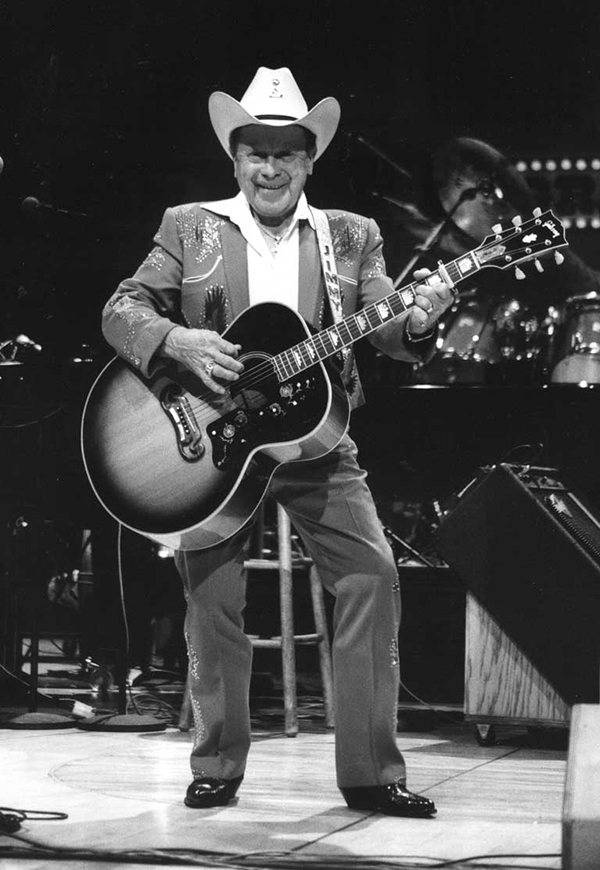