Barnsley Football Club had a problem with pigeons and other birds on the roofs of their grandstands, until they engaged this lad and his Harris hawk, to sort it out for them.

This photograph and the next few shots were taken on behalf of Yorkshire Forward for a book called Renaissance Barnsley. Yorkshire Forward supported the development of business in Yorkshire and the Humber by encouraging public and private investment in education, skills, environment and infrastructure. It was abolished in 2012 by the Conservative/Liberal Democratic coalition government.

(See the next six photographs). 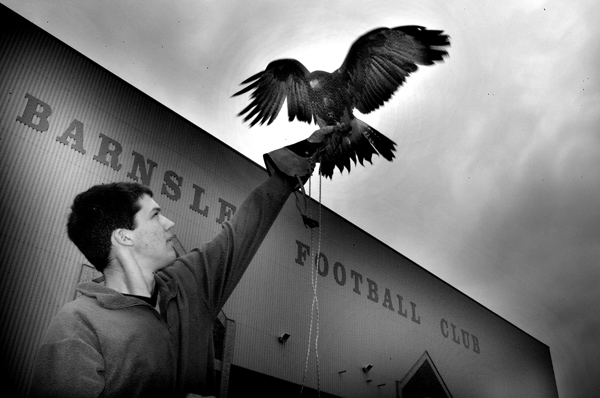