When I was about six years old I had an operation. On the day I was discharged from Pontefract Infirmary there were no ambulances available to take me home. As we didn’t have a car, mother Mary and I got on the bus. Unable to walk home from the bus stop I was carried to our house by a ‘Teddy Boy,’ nicknamed ‘Technicolor,’ because of the outlandish Edwardian coats, shirts and even the socks he wore.

Both Technicolor and my older sister, Maureen, were big Little Richard fans and he, along with other Teddy Boys and their girlfriends, often visited our house on the Chequerfield estate where many a bop session was held in our front room. Obviously they didn’t want a brat like me hanging about, so I either went outside to play or sulked in my bedroom.

Whenever the coast was clear I would play my sister’s small, but impressive, collection of 78 rpm records on a gramophone as big as the Morris Minor that Joe, my father, would buy many years later. The thrill of hearing for the first time, “A-wop-bop-a-loo-bop-a-wop-bam-boom! Tutti Frutti,” has stuck with me ever since – I still get that rock & roll spine tingle to this day whenever I hear it.

Fast forward to 1995 and I managed to get a photo pass for a concert with Fats Domino, Chuck Berry and Little Richard at the NEC in Birmingham. Fats had been ill and pulled out of the gig and this would be my second encounter with the somewhat awkward Mr Berry.*

I was only allowed to take photographs during the first two songs of each set. Chuck played the first two numbers, after which he waved me away, and wouldn’t play on until I left the press pit. After Little Richard played his first two songs I held my camera up and smiled at him and mouthed, “one more please,” and he clasped his hands together, looked right at me, and this was the result.

Dedicated to my sister Maureen and her late husband and one time Teddy Boy, John William Scorah.

*The story of my first encounter with Chuck Berry follows next). 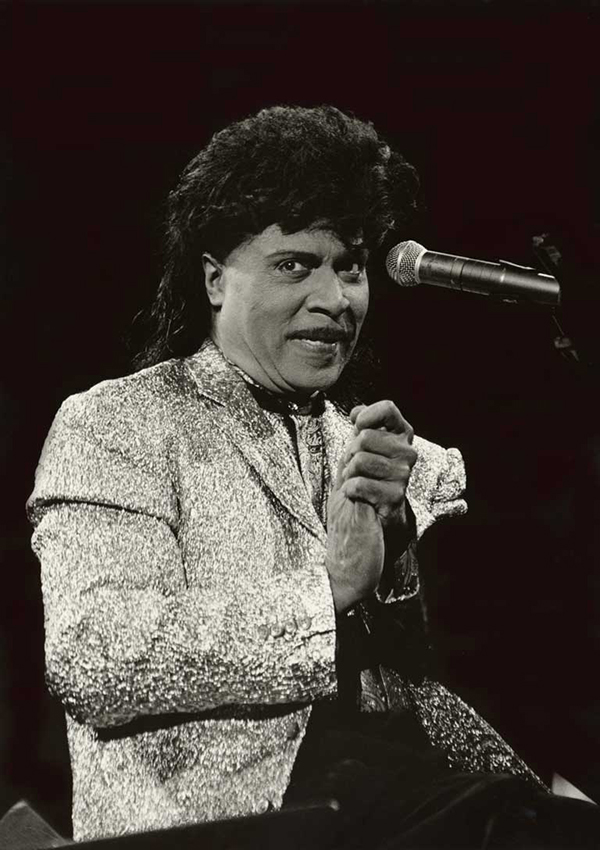