It was a real thrill to photograph The Kinks. Dave Davies guitar on one of my favourite records, 1964’s You Really Got Me, is one of the most influential sounds in popular music. Here’s some info about one of the sixties greatest songs:

Kinks frontman Ray Davies wrote the lyric to this rambunctious rocker after watching girls dancing in a club. It’s not the most articulate lyric, but that’s the point: The guy in the song is so infatuated, all he can do is mutter at the girl how she’s really got him.

In 2015, he told Rolling Stone: “I just remembered this one girl dancing. Sometimes you’re so overwhelmed by the presence of another person and you can’t put two words together.”

Dave Davies got the dirty guitar sound by slashing the speaker cone on his amplifier with a razor blade. The vibration of the fabric produced an effect known as “fuzz,” which became common as various electronic devices were invented to distort the sound. At the time, none of these devices existed, so Davies would mistreat his amp to get the desired sound, often kicking it.

According to Dave, the amp slashing happened in his bedroom in North London when he was irate – he had gotten his girlfriend, Sue Sheehan, pregnant and their parents wanted to keep them from getting married. Instead of doing self harm, he used the blade on the amp to channel his rage. The amp was a cheap unit called an Elpico that had been giving him problems – he decided to teach it a lesson.

In the studio, the wounded Elpico was hooked into a another amp, which Dave recalls as a Vox AC30 and producer Shel Talmy remembers as a Vox AC10. The sound they got changed the course of rock history, becoming the first big hit to use distortion.

Davies and Sheehan stayed apart, but she had the baby, a girl named Tracey who finally met her father in 1993. (Thanks to Songfacts for the information). 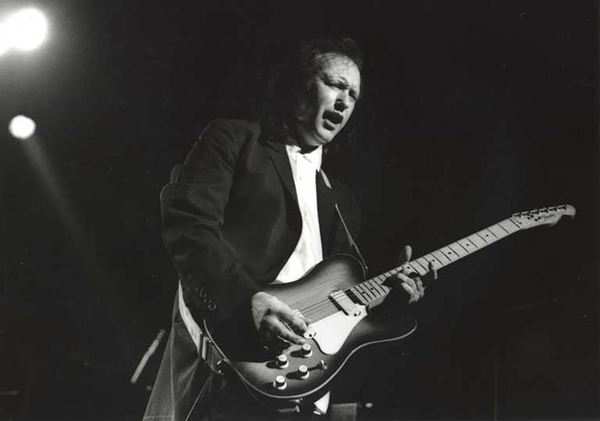