In 1992, I travelled from New Orleans along Highway 61 taking in Memphis, Nashville, Clarksdale et al, and taking photographs along the way. On the opening night of the No Particular Place to Go exhibition of these photographs at the prestigious Brahm Gallery in Leeds, one of my travelling companions looked at the framed prints and remarked, “Bloody hell Rev, do you realise you were either pissed or stoned when you took most of these shots?”

I hadn’t realised it but I knew I was the worse for drink whilst taking this shot of myself and my lady. We’d been to see Steve Earle at the Irish Centre and when we got back home, after a nightcap, I saw Katy’s reflection in the mirror. I stumbled across the landing and stood behind her with my camera at the ready. She immediately went into this pose and I pressed the shutter – this photograph would never have been taken if we’d been sober.

I was once asked to give a talk at a photography club. The club’s committee, who’d organised the event, seemed more interested in what equipment I used rather than the actual photographs I’d taken. I thought this doesn’t bode well. Looking at the photographs on display, taken by the assembled members, I came to the conclusion that they were more about the technique rather than the essence and soul of the subject matter. To sum it up, they lacked inspiration.

I gave my talk and suggested that in future they should seek inspiration by getting pissed or smoking some dope and then taking photographs. The committee were horrified but the actual members seemed rather pleased with the idea.

For some reason I was never invited back, and to this day I don’t know if I was responsible for some great photographs being taken or for some admissions into rehab.

(See next photograph: Woman with a glass of bourbon, Pontefract 2004). 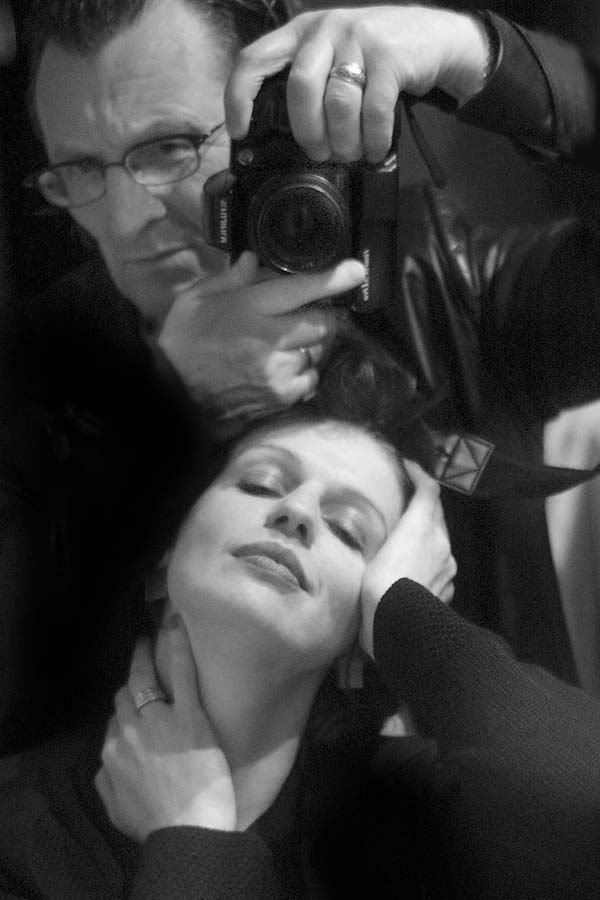