My friend Dave from Leeds, and myself landed at O’Hare Airport in Chicago where the sweltering heat hit us like a freight train. Thankfully we were soon picked up by Dave’s friends and taken to their home where we would be staying for the next fortnight.

The large, rambling house was located in Wicker Park. We were shown to the guest room in the basement and immediately noticed a very large bag of aromatic herbal leaves on the table. Dave and I looked at each other, smiling at this most welcome gift from our hosts, and Dave said, “Bloody hell, we’ll never smoke all this in the next two weeks.” Four or five days later you can probably guess what we’d run out of.

On the first day of the Blues Festival, as I picked up my photo pass (Dave would flash his pack of Chesterfield King’s cigarettes instead of a pass and would gain access everywhere), I noticed this guy collecting his press documentation. I took this shot and Fernando Jones introduced himself and invited me and Dave to the launch of his new book about the blues, in a nearby book shop, later that evening. Fernando was also a great musician and I took some nice shots of him playing his guitar in front of a most appreciative audience.

After the launch had finished, Fernando gave us the address of a bar just a couple of miles away and said he’d like us to come over for a few drinks. He had some things to do and we arranged to meet him in an hour or so.

We flagged down a cab and gave the driver the address of the bar. The cabbie said, ‘You guys got any guns?’ Dave and I shook our heads and were told, ‘Well, you’re gonna need ‘em where ya’ll going and I ain’t takin’ you motherf***ers,’ and then drove off. We never did see Fernando Jones again.

(See Guitar Player in a Bookshop, Chicago 1991 in the Music gallery. 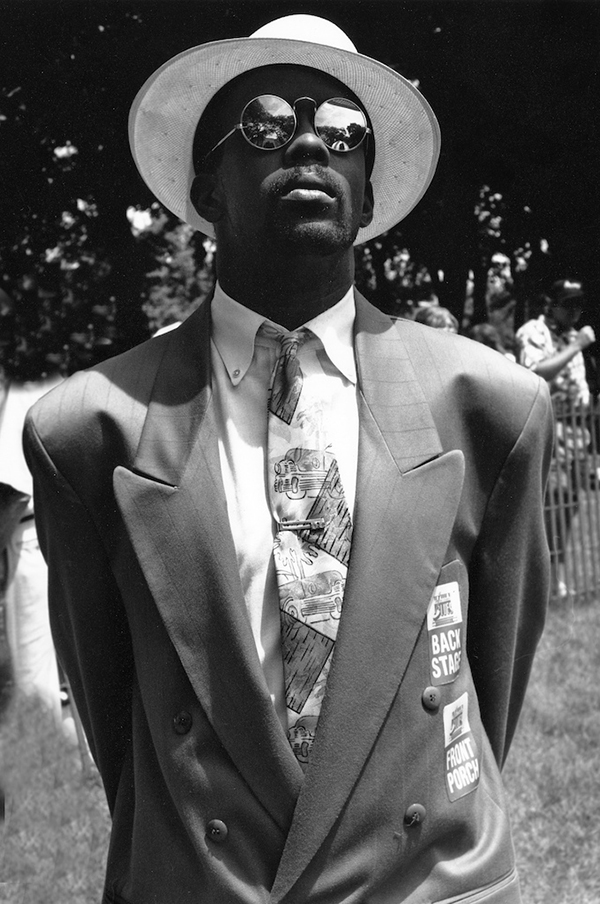