I took this photograph outside Checkpoint Charlie’s Bar & Laundromat on Esplanade Avenue in New Orleans. The guy’s name was Stephen and he was being hassled by a large, obnoxious redneck when my travelling companions and myself first came across him. We had been about to go to his assistance, when there was a sudden blur and the redneck was on the floor wondering where his teeth had gone. Stephen was looking down at him, nursing a bloodied fist.

I used this shot for No Particular Place To Go – The American Photographs exhibition poster. A few years later I returned to New Orleans and took a copy of the poster for Stephen. Sadly, he had died from the AIDS virus a few months previously. 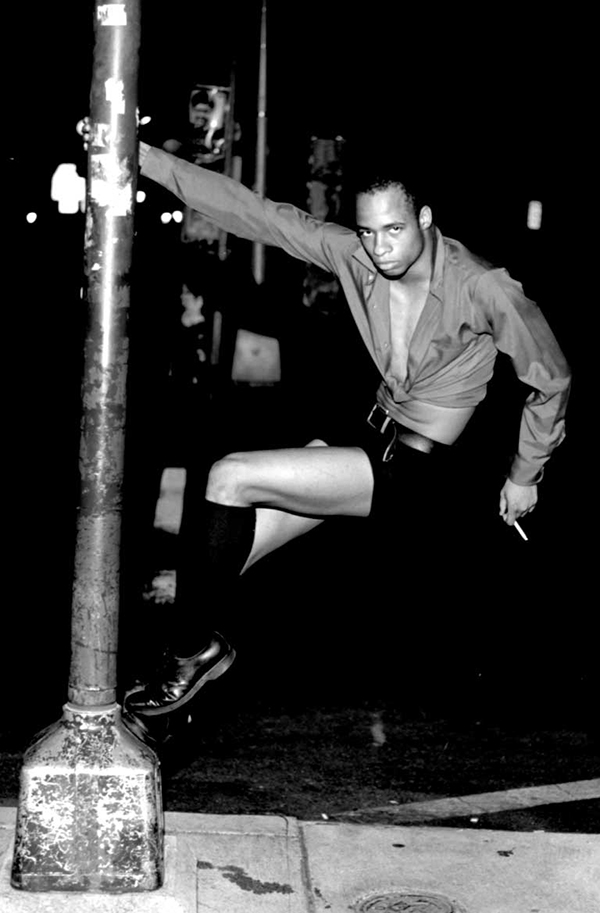