This was taken at the Town & Country Club in Leeds where I was the resident photographer for a while. Before the Kinks appeared Ray Davies played a few songs by himself wearing an old mac for some reason.

Some months later Ray’s book X-Ray, was published and I met him at Waterstones in Leeds where he was doing a reading. I gave him a framed print of this shot and he gave me a signed copy of his book.

When his first solo album, Storyteller, came out this image was used on the inside cover – which was nice. 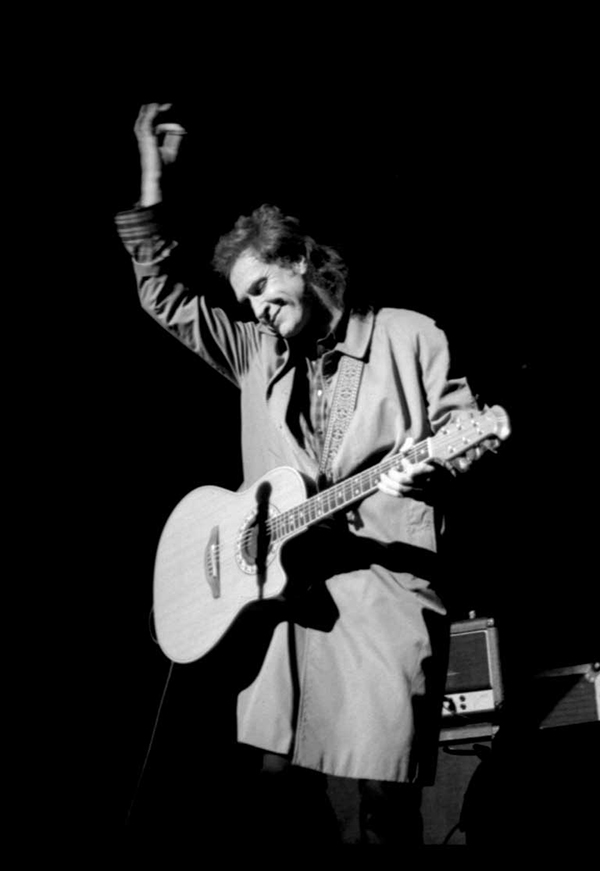