The Greyhound tap room was a classic public bar. Many people were upset when the brewery decided to refurbish the pub and get rid of the bar by incorporating it into the open plan format. Many of the characters that once could be found drinking there moved onto new drinking pastures.

The following piece about Big Frank is an edited extract from Ian Clayton’s fine book, Song For My Father:

Big Frank Duncan is always in the taproom. Frank is well above six feet tall, but likes to squat on his haunches. He has a half-smoked Rothmans between his fingers with the lit end pointing towards his palm, smoke curling from a chimney formed by the gap between his thumb and forefinger. In his other hand he clutches a box of Swan Vestas.

Frank once told me that his father was in the Black Watch and that the other part of his family were Romany gypsies. He writes poetry in a spiral-bound notebook which is usually peeping out of the side pocket in his sports jacket. Nobody messes with Big Frank, some people call him Mad Frank and will talk about a fight he once had with some other big men outside the newspaper shop that involved motorbike chains and knuckle-dusters.

Frank knows hundreds of folk songs. I like to hear him sing The Lakes of Pontchartrian and Three Score and Ten. When he’s too drunk to remember the words he does a weird sort of scat singing, slurring his syllables to make a kind of jazz folk music that I have only heard him do.

Frank once took a bet in the Blackmoor Head that he wouldn’t dare dress up as a chicken for a week. The bloke who bet Frank a hundred quid didn’t know Frank very well. Frank dressed, not just as a chicken, but as a six-foot-four-inch blue chicken with a fine red comb, made out of a blown up rubber washing up glove. He did his shopping, his visits to the council office and to the pub in costume. One night he climbed to the top of a lamppost and cock-a-doodle-dooed into the early hours.

Song For My Father is a Route Publication. 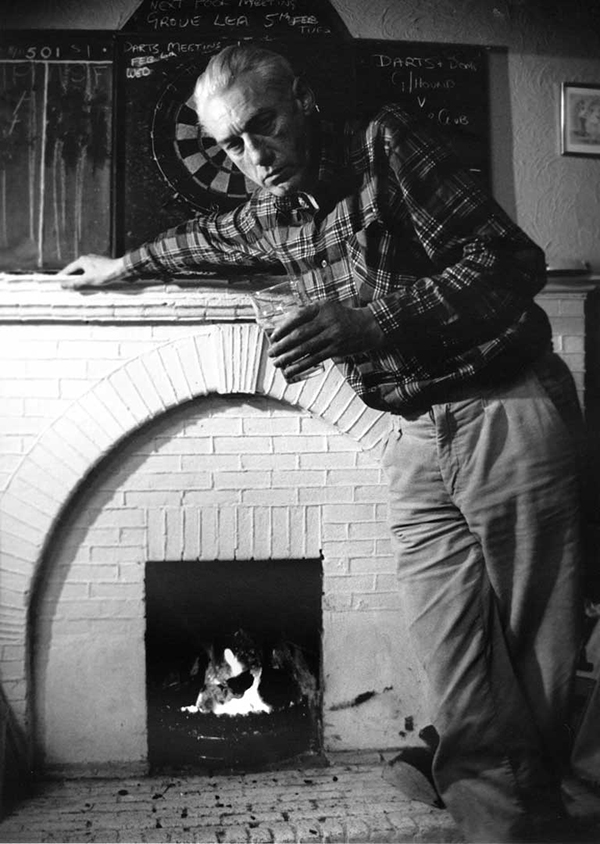