Around 1965, Pye Records launched its Marble Arch label to sell budget releases of its extensive back catalogue of albums.

As long playing records at the time sold for 32/6 (£1.63 in decimal) many people couldn’t afford to buy albums. We had to wait until birthdays or Christmas and hope the much coveted LP we so desired would be waiting for us on the big day.

Pye had previously pioneered the budget market with its Golden Guinea series that sold for the price of a guinea which was one pound and one shilling (£1.05).

With the Marble Arch label they were able to legally slash the cost of albums to 11/6 (58p) by omitting two tracks from the original release. So instead of twelve songs you got ten, but forked out significantly less cash.

Pye’s Marble Arch started to release everything from pop, folk, brass bands to comedy and beyond. As they already had their own Pye Rhythm & Blues label that consisted of the releases of Chicago’s Chess label, some of these great albums suddenly became affordable. For many it was the time to add Bo Diddley, Chuck Berry, Howlin’ Wolf, Muddy Waters, John Lee Hooker, Sonny Boy Williamson and many other R&B greats to their meagre collections.

One of the first compilations issued was Rhythm & Blues All Stars which featured the previously mentioned stalwarts of Chess, but also included a young guitarist and vocalist called Buddy Guy. He was only twenty-four years old when he cut, The First Time I Met The Blues, but he sounded like he’d been singing it for the last twenty years. His influence on Clapton, Hendrix, Richards, Beck and many, many others is almost beyond compare.

It was nice to be first introduced to Buddy Guy on Marble Arch records and it was also nice to be able to take his photograph nearly thirty years later. 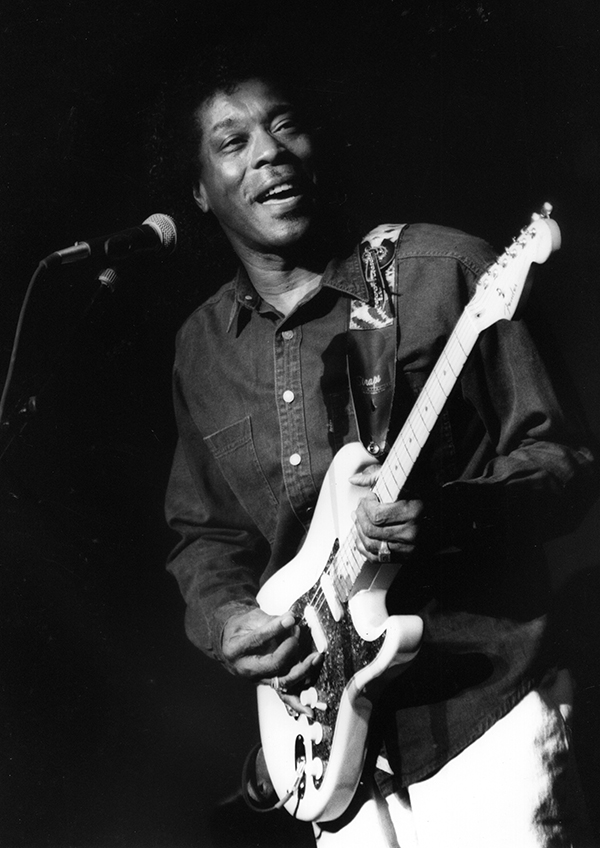