I came out of a bar in the wee hours, somewhat under the influence it has to be said, and saw this musician walking down the dimly street. Noticing that one shop was still open and there was some available light I managed to overtake him and just got the one shot off as he passed the doorway – framed him in more ways than one you could say.

It’s one of those shots that you had no idea what its gonna look like until you developed the film and saw the image on the contact sheet and then let out a delighted ‘Yeah!’ 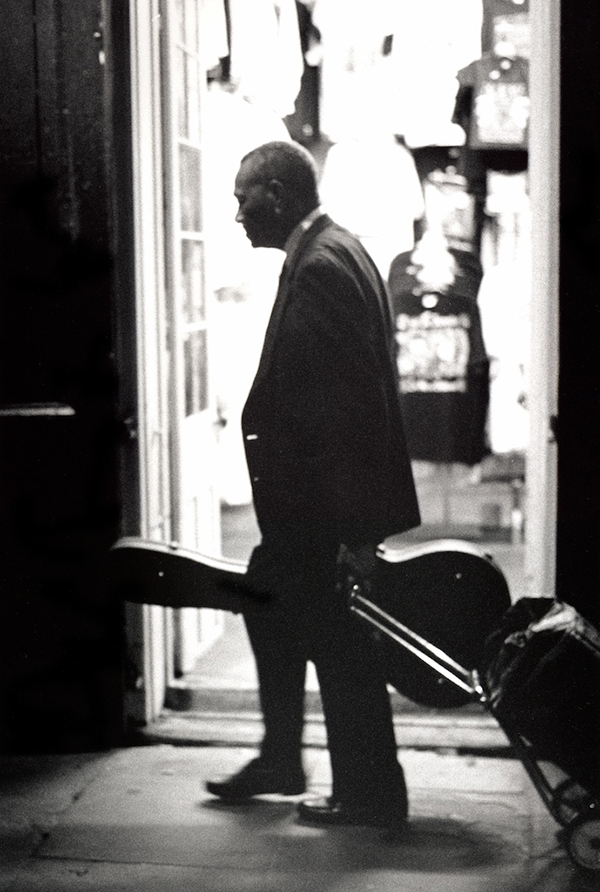