I like hats. I wear them all the time except when I’m sporting a bandana. Sometimes, in the cold winter months, I even wear a bandana underneath my hat of choice, as did Arthur Lee of the LA band, Love.

Some of my favourite hats are worn by figures in popular culture, such as Marlon Brando’s motorcycle cap in the 1953 movie, The Wild One. Even though he’s wearing a Schott Perfecto leather jacket accompanied by a sneer to die for, it’s the headgear that seals the deal when the following exchange takes place; Girl: “Hey Johnny, what are you rebelling against?” Brando: “Whadda you got?”

Also on the silver screen I’ve coveted skull coverings worn by brawlers, boozers and bastards and admired the creations adorned by showgirls, femme fatales, the innocent, the not so innocent and the good, the bad and the ugly.

Musically, from Hank Williams to Dwight Yoakam and Lucinda Williams, Stetsons have been de rigueur by a country mile for all points south and west from Nashville.

I love the astonishing variety of hats and berets worn by jazz great, Thelonious Monk and his acolytes from the Beat Generation. When it comes to berets, folk and rock legend Richard Thompson has worn the same Kangol ‘Monty’ for many years, and all credit to him for his loyalty to that brand. Joni Mitchell and Ricky Lee Jones are beret wearers of renown, and they’re not alone when French chic comes to the fore.

John Lennon’s Breton cap was worn when his Bob Dylan obsession not only influenced how he wrote songs, but how he dressed as well. Dylan himself, originally inspired by Woody Guthrie, has worn some wonderful hats with the crowning glory being seen on the cover of his Desire album. Even with towels wrapped around their heads during a rainy day in 1976, Dylan, Joan Baez and the rest of the band on the Rolling Thunder tour looked like the epitome of cool.

Dylan has even worn a top hat, as have Mick Jagger, Slash, Marc Bolan, Captain Beefheart, Tom Petty and Stevie Nicks to name but a few. All of them have carried it off with style and panache.

So, all of the above may explain why it’s taken me over twenty-five years to print this shot up. After all, who the hell wants to see a f***ing grown man wearing a baby’s bonnet? 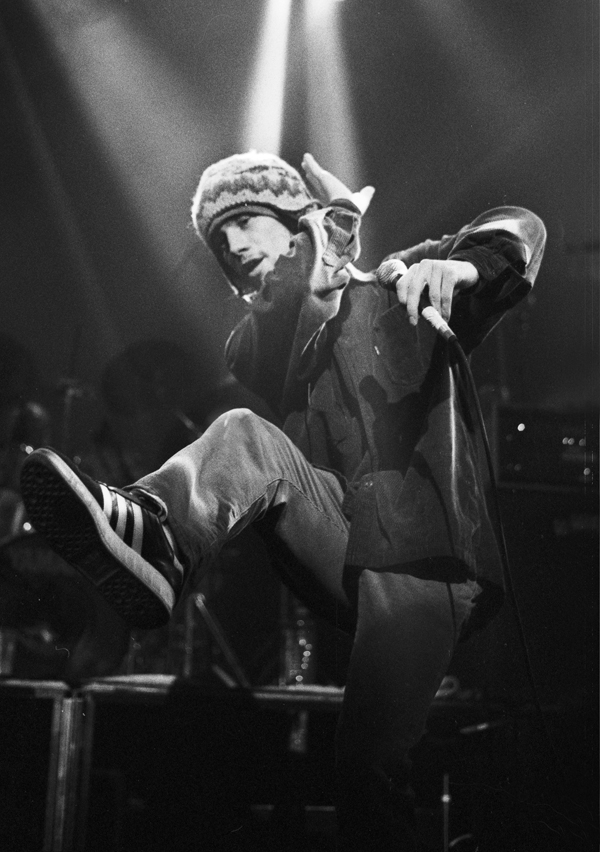