Bobby Gillespie arrived apparently ‘worse for wear,’ before this Primal Scream gig. I was the only photographer in the press pit but there were two security guys there as well. As I took the photographs I was ‘tracking’ Bobby as he moved along the stage. I noticed that the two security fellas were following me with their arms aloft and outstretched. I asked one of them what they were doing and he replied, ‘Oh, we’re just here to catch Bobby if he falls off the stage.’ Phew, rock and roll. 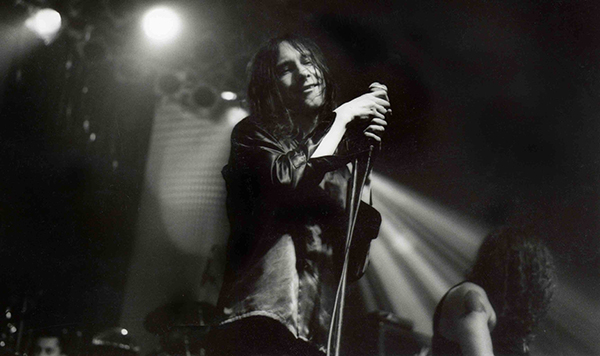