As a fan of the lighting used in film noir and German expressionist movies I was always attracted to scenes like this, especially when under the influence of something or other.

This shot was taken in my home, most certainly under the aforementioned influence, in the wee hours following yet another Saturday night out on the town. We would always carry on drinking, snorting, smoking or tripping at someone’s house after the pubs or night clubs had shut, often until daybreak.

In sharp contrast, if I have one cup of coffee these days my face goes red and I start shaking – although I sometimes stay up until midnight if I have an afternoon nap. Anyone who tells you that getting old is okay is talking shite.

(See the next photograph: Couple dancing in front of a jukebox, Pontefract 1991). 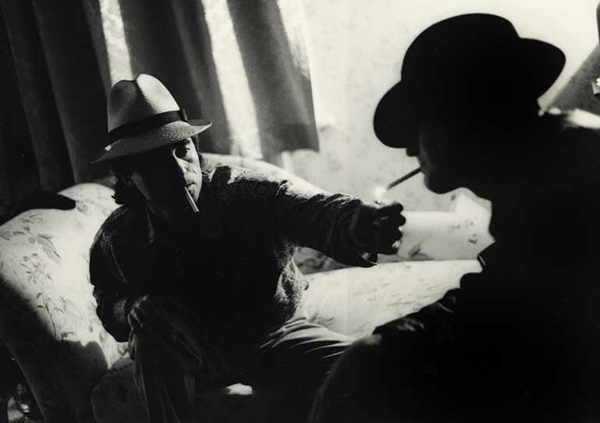