Stan was a partially-sighted gentleman who was a regular fixture in Pontefract’s town centre. He sold the Yorkshire Evening Post and the early evening Saturday edition of the sports paper, The Green Final. This photograph was featured on the exhibition poster for Locals: Portraits of People from the Pontefract Area.

The negative was printed in Terry Cryer’s darkroom in Hyde Park, Leeds. Terry was one of the finest jazz & blues photographers this country has ever seen. He was also a master printer and he helped me set up my own darkroom in Pontefract.

He rarely gave me advice on taking photographs, just saying ‘keep on doing what you’re doing and follow your instincts,’ but he did teach me how to develop film and the fine art of printing the negatives.

The shot of Stan is a prime example of how to transform a rather bland negative into a stunning print using ‘dodging’ and ‘burning’ techniques. The area around Stan’s head and the whole of his coat were darkened by additional exposure from the enlarger.

The newspapers were ‘dodged’ by restricting the light so they stand out more – they were also treated on the final fibre print by a small amount of hydrochloric acid to make them glow a little.

This digitised version obviously cannot convey the beauty of the final print, but I hope you get the idea of how Terry Cryer taught me to make a great print from a rather ordinary negative. Terry died in 2017 and I miss him – always will. 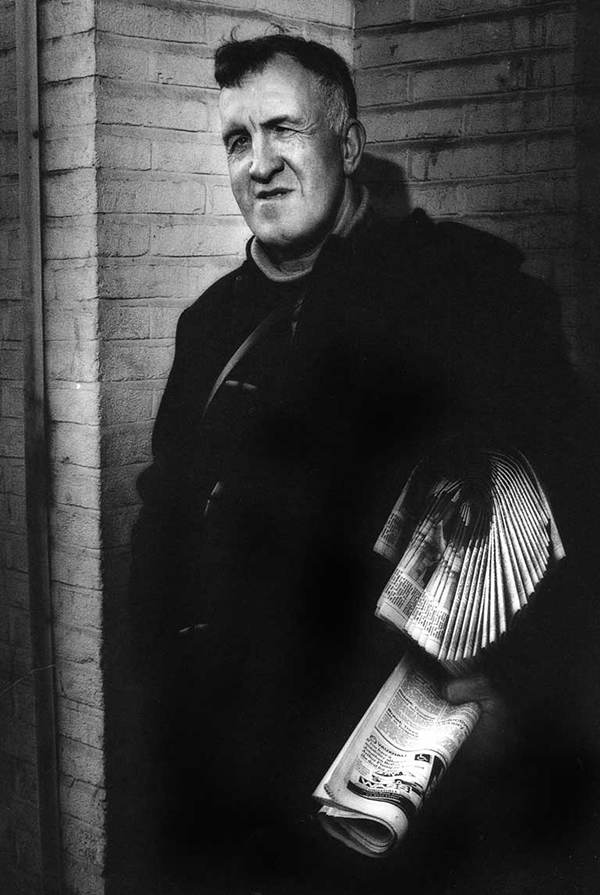