John Holmes, a renowned local historian and a collector of books and artifacts, ran the last of the three Pontefract letterpress printing companies. His works were located on Gillygate. The other printers situated in the town at the same time were J. Atkinsons at Star Yard and E. Atkinson & Sons at the bottom of Halfpenny Lane.

I was determined to leave school in 1968, having just turned 16, rather than take O Level exams and entertain the idea of University. Instead I attended an interview for an apprentice printer at the aforementioned E. Atkinson & Sons.

Neatly spruced up, having been dressed especially for the occasion by mother Mary, I nervously stood before the imposing Dickensian figure of the print works owner, Mr Norman Atkinson. The ageing Mr Atkinson sat behind a huge roll top desk close to an ancient radiator where some brown stained handkerchiefs were drying out (I found out later that these were the consequences of his formidable snuff addiction).

The interview was done and dusted in less than twenty words:

“Can you read and write?”

Within hours of starting the job I realised I’d made a terrible mistake – school and studying was a doddle compared to working for a living. One of my tasks was to light the coal fires first thing and get the boiler working – I seldom got it working first time and was constantly bollocked by my seasoned and shivering colleagues. At 10.30am I was sent over to Goodworth’s Butchers to buy sausage rolls and pork pies to go with the mid morning brews that I was expected to make for all the staff. At dinner times the greedy bastards would give me their orders and send me on my way to Pugh’s fish shop in nearby Tanshelf and I’d return stinking of cod, grease and week-old newsprint.

During this time I hardly spoke to anyone and when I did I would turn as red as the magenta ink that now stained my oversized Army and Navy Stores smock. The brash, loudmouth schoolboy of yesterday was now a figure of the past and deeply regretting his decision to leave Pontefract Secondary Modern School for Boys.

One day I was tasked with sorting out the hundreds of posters that had accumulated over many years. My instructions were to get rid of everything over twelve months old, as the so called ‘archive’ needed updating.

As I looked through these posters I came across one from 1957 that advertised an appearance by the great blues singer, Big Bill Broonzy at the Cozy cinema in nearby Glasshoughton.* I’d been a blues devotee for some years having been avidly tracking down records by Bo Diddley, Howlin’ Wolf, Muddy Waters and others who had sung the original versions of songs later covered by the Rolling Stones, The Animals, The Yardbirds and other great British R&B bands at the time. I was going to ask if I could take this forgotten gem from the archives home with me, but lost my nerve and the Big Bill Broonzy poster joined the rest of the antiquated prints on the bonfire I had to make outside at the back of the printing works.

When a new apprentice joined the company and thankfully took over my previous duties, my skills as a compositor developed and I found myself doing more and more posters and getting less and less bollockings from my colleagues and even earning a little respect. Nearly twenty-five years later I designed a poster for an exhibition featuring the works of the great photographer, Terry Cryer – it won a prestigious poster of the year award, which was nice.

When Terry and I went to London to the awards ceremony, I told him about the Big Bill Broonzy poster. He smiled and then told me during that 1957 tour, he’d photographed Big Bill in Manchester and they became friends. Driving back from the gig, Cryer’s mate fell asleep at the wheel and the car crashed. Terry awoke in hospital with a broken neck; shortly afterwards Big Bill Broonzy was there at Terry’s bedside.

*It’s incredible that Big Bill Broonzy, one of the best known blues singers in the world, played at the tiny Cozy Cinema, Glasshoughton on Friday 15th March 1957, just two nights after playing at a packed Cavern Club in Liverpool. Rumour has it that the cinema’s manager was owed a sum of money by Big Bill’s promoter who couldn’t afford to repay the debt, but offered the great blues singer’s services instead. The cinema owner kept the takings and Big Bill accepted a bottle of whisky as payment for the gig. (Thanks to Ian Clayton for the research and info). 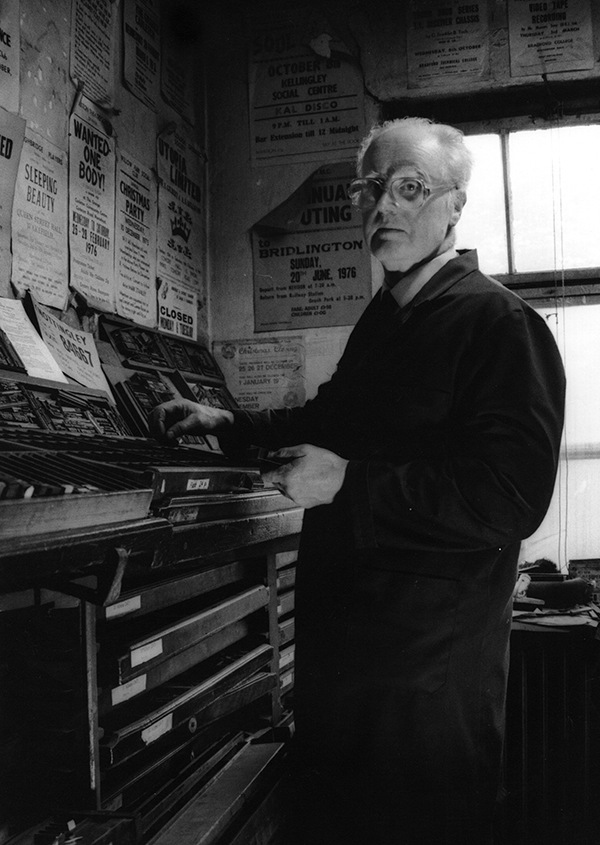