LFO were one of British techno’s most important, agenda-setting groups. They were formed by Mark Bell (on the right) and Gez Varley in 1988.

Mark was the proof-reader at the Leeds artwork studio I was in charge of at the time. We knew he dabbled in electronic music but were surprised when he handed his notice in to pursue a career in that genre, and then had a hit record with the band’s eponymous single a few months later.

This promo shot was taken in my darkroom in Pontefract.

Mark was a lovely lad who also later collaborated with artists such as Björk and Depeche Mode as well as being a renowned DJ.

He died suddenly in 2014 at the age of forty-three. 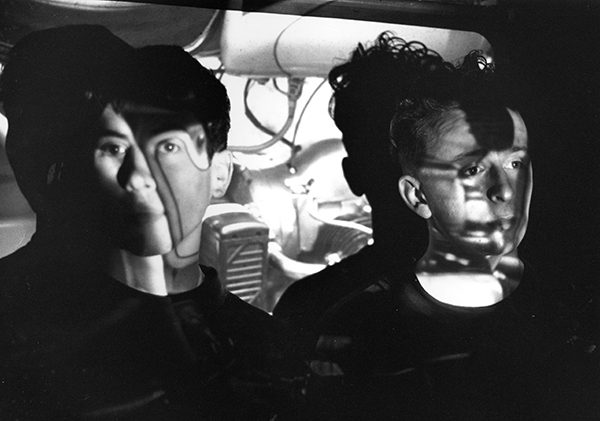