I’ve always had a soft spot for percussionists and drummers since I used to go to my mates house in the early sixties. We’d mess about on his elder brother’s drum kit to try and replicate, with disappointing results, Sandy Nelson’s 1961 classic single, Let There Be Drums. And Ginger Baker’s extraordinary drum solo, Toad from the album Fresh Cream seemed to be playing constantly on my record turntable for a few months in 1966, much to the annoyance of my parents.

In the early seventies I went to see the world’s greatest drummer, Buddy Rich with his band at the Wakefield Theatre Club with my mate Bo Keighley. We were both in our early twenties at the time and the boy band, The Osmonds were ‘’f**k knows why’ incredibly popular. Little Jimmy Osmond was high in the charts with one of the worst records ever made, Long Haired Lover From Liverpool.

Buddy Rich had been on the Parkinson TV show days before the gig and, before of an audience of millions, called the Osmonds odious, among other things and stated he would like to kick Little Jimmy’s head in. The tabloids had a field day.

Buddy Rich walked on stage that night in Wakefield with a massive ‘I Love The Osmonds,’ badge attached to his jacket lapel and then proceeded to give one of the best concerts I’ve ever seen.

Afterwards, Bo and I went outside for a breath of fresh air in a vain attempt to sober up a little, having had far too much to drink.

Leaning against the building was the surprisingly small, almost frail figure of the world’s greatest drummer smoking a cigarette. We walked, possibly with a little bit of a stagger, over to talk with the man himself and were stopped in our tracks by a sub-human in a dinner jacket. The bouncer told us to piss off and leave Mr Rich alone. Buddy threw his cigarette on the floor, ground it out and said, in a wonderful Brooklyn drawl, “Hey fella, these guys are friends of mine, go take a f***in’ hike.”

He was kind and considerate, autographed our programmes and regaled us with a few tales that made us laugh. We shook his hand and were surprised how soft and sponge-like it was – no matter, we had shaken the hand of the greatest drummer the world has possibly ever seen.

Buddy Rich died, aged 69, due to complications caused by a brain tumour. As he was being prepped for surgery he was asked “Is there anything you can’t take?” He replied,“ Yeah, country music.”

Check this out (he was in his fifties when he did what is regarded as one of the finest drum solos of all time): 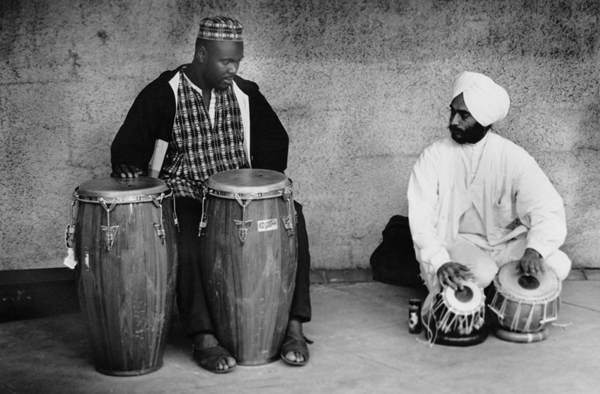