New Orleans is famous for some of the best music ever produced on this planet. It’s also renowned for the Hurricane cocktail, which is served in almost every bar in the city and is legally drunk on the streets. It’s a feel-good drink like no other, consisting of rum, lemon juice, passion fruit syrup and served in a glass shaped like a hurricane lamp. It was concocted by bar owner and former bootlegger, Pat O’Brien around 1940.

Myself and my travelling companions, Les, Ian and Fuff were enjoying ourselves and our Hurricanes in the courtyard of Pat O’Briens place late one night, when we were joined by a loudmouth Texan.

We’d never met him before but within minutes he was boasting that he was on his honeymoon but was on the prowl for ‘more pussy,’ whilst his wife was fast asleep back in their hotel room. He carried on in this vein for a while and then started bragging that he could tie a knot in a cherry stalk in his mouth, faster than anyone else in the world.

Fuff, clearly annoyed at this intrusion from a total stranger, muttered to Les, ‘F**k this, I’m gonna sort this bastard out,’ and walked away. He returned a few minutes later with a handful of cherries that a waiter had given him. Fuff, to our surprise, then loudly challenged the Texan to a cherry stalk knotting duel. As a crowd gathered around the two contestants, we quickly realised that, having no experience of this bizarre practice, Fuff must have come up with a master plan – he had already knotted a cherry stalk by hand and it was nestling in his mouth ready for the competition to begin.

After a brief countdown, the two antagonists, face-to-face, set to it. I’ll never forget the sight of two grown men seemingly chewing wasps at a furious pace, staring into each other’s eyes with pure, unmitigated disdain and contempt for each other. After about 40 seconds, as the Texan was lifting his hand to pull out his cherry stalk, Fuff just beat him to it and extracted from his mouth the pre-knotted stalk and lifted it to the heavens as he triumphantly declared himself the new champion of the world.

As the applause died down Fuff, unable to leave it alone and be satisfied with his outstanding, if somewhat dubious victory, said to the now deflated Texan, ‘I bet you I can beat you at this as well, you f***er.’ He then proceeded to juggle four of the cherries as the crowd once again applauded him. Unfortunately, one of the cherries flew off at a tangent and hit a passing waiter in the eye, causing him to spill the tray of Hurricane drinks he was carrying. So it goes. 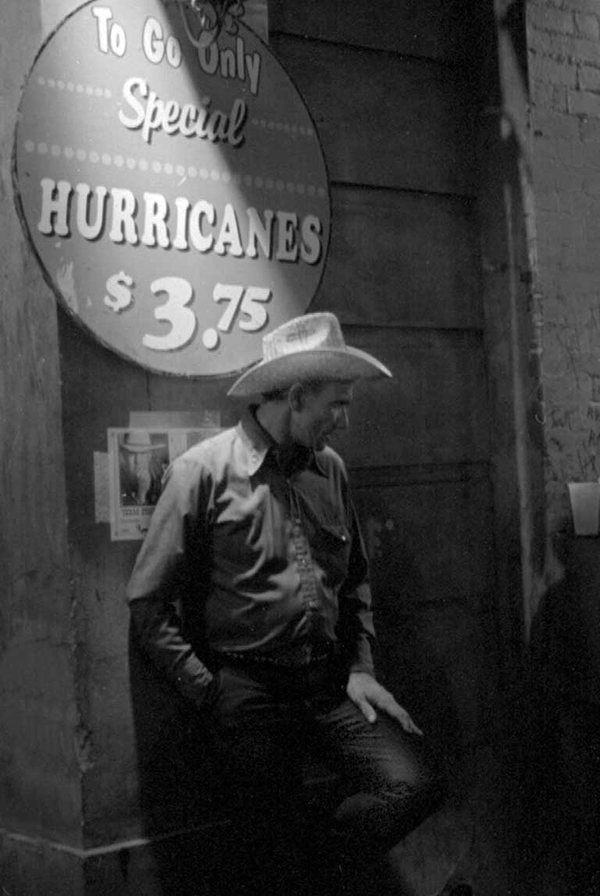