The Pretenders are still a great band and Chrissie Hynde is still the ultimate ‘rock chick.’ They gave a storming performance when this photograph was taken way back in 1993. I was pleased when this shot seemed to capture the swagger of the lady herself.

I first heard this story at a wedding in Spain many years ago when I met Ada Wilson. Ada was the singer in the band, Strangeways. It’s a story that has been told many times but it’s well worth repeating:

The Pretenders played their first ever gig at the Unity Hall in Wakefield in 1978. They were supporting local band, and Real Records stablemates Strangeways, who Chrissie had recorded a version of Wild Thing with before forming the Pretenders.

In the communal dressing room, amongst the de-rigour and debris, Chrissie noticed a pair of trousers hanging over the back of a chair. “Hey, whose trousers are these?” she drawled and Ada replied, “I’ll have ’em if there’s any brass in’t pocket. “Brass in pocket? What’s that mean?” she asked. Ada explained the well known Yorkshire adage, and the rest, as they say, is rock ’n’ roll history.

Hynde wrote Brass in Pocket, with guitarist James Honeyman-Scott. By the time the Pretenders recorded the song a year later they’d had a minor hit with a cover version of the Kinks, Stop Your Sobbing, and Strangeways were now their support band.

Brass in Pocket, was on the Pretender’s eponymous 1979 debut album. Chrissie Hynde didn’t want the song to be released as a single: “I hated it! It was a phenomenon that evades me completely. I was honestly very disappointed it was such a big hit – I was embarrassed by it.”

Brass in Pocket, was the first number one of 1980. 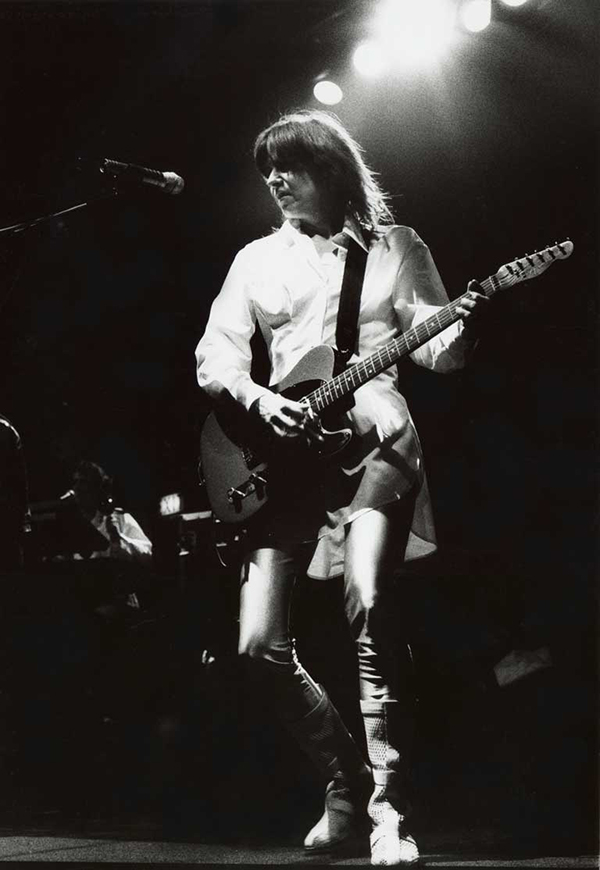