This was taken during a photo shoot for The Rhythm Sisters upcoming album, ‘Willerby.’ When the record came out another photographer was incorrectly credited on the cover instead of my good self. I wasn’t happy as you can imagine but I’m not bitter, honest.

Gary Guestlist, who assisted me during the photo shoot, has written this piece about The Rhythm Sisters, and the music scene in Leeds at the fag end of the eighties:

Leeds was weird for what seemed forever throughout the eighties. Goths were everywhere and everyone was a goth. Sisters of Mercy and Mission t-shirts seemed to be hanging off all and sundry from thirteen to thirty. Miserabilism was the new fun. It was like a huge, black bat had landed on the Corn Exchange and called out to its brethren. It was the Stones Paint it Black, taken literally. It seemed to include a lot of hairspray and ‘crimping.’ I wasn’t too keen.

But something happened in the latter part of the decade. A few Leeds bands started having fun again. Age of Chance had a hit with a scorching, metal-disco version of Prince’s Kiss, and went to set the template for bands like EMF and Jesus Jones. They wore cycling clothing and had great graphics – they were thoroughly modern.

Then there was the Rhythm Sisters. Originally called the Mice sisters, Debie and  Mandi Laek started off in the time-honoured way by showing off in front of the rest of the family singing sixties covers they’d grown up with. They ended up recording original material, written by Bill Byford (aka Heath Common), and having hits with American Boys, and Haircut. Sexy, sassy and typically northern, the Rhythm Sisters toured with the Proclaimers and drunk them under the table every night. I spun into their orbit around 1990, during the making of their second album, Willerby. I’d help out on videos and got to meet Bruce Foxton, who played bass for them, and Bill Nelson, who regaled us with unprintable rock’n’roll stories down in the pub after a shoot.

Willerby didn’t sell as well as their first album, The Road to Roundhay Pier, and they became a welcome footnote in the music industry (though they did make a third album in 2007, Tell Me How Long the Boat’s Been Gone). Debi started a family and Mandi married former Jo-Boxers bassist, Chris Bostock – both who occasionally appear in Eastenders. I hope the sisters are well and happy. 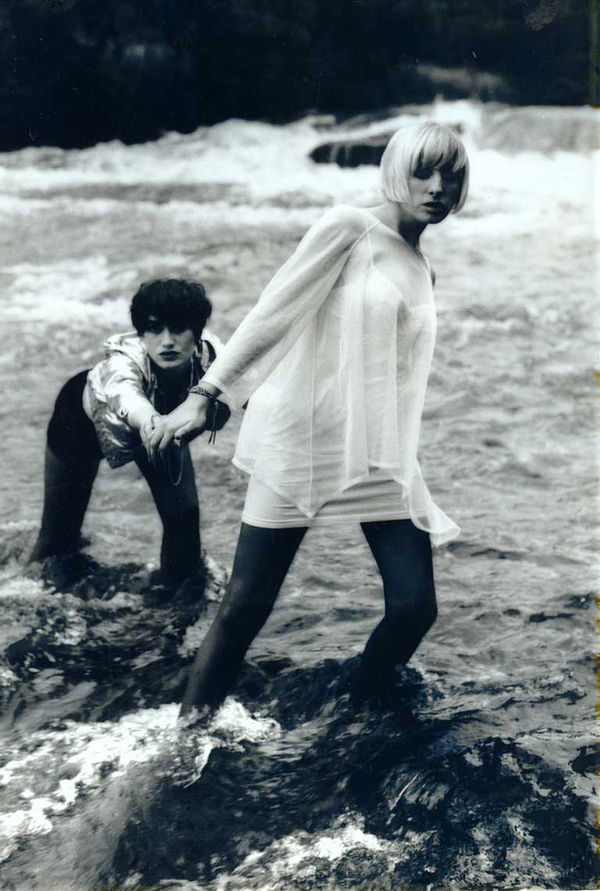