I was driving through the village of Carleton one Sunday morning when I noticed these three ladies walking towards St Michael’s church. After parking up, I explained that I was currently putting together a collection of photographs of local people for an upcoming exhibition.

The lovely lady in the beret asked, “Oh, do you mean you’re taking photographs of local characters?”. Before I could reply, her friend in the middle of the shot barked, “May I remind you all that there aren’t any characters left in this district since my father died.”

I didn’t have the heart to contradict the leader of the gang to let her know that, among others, I’d recently photographed the following gentlemen in the space of a few months:

So, I can only say that if the lady who claimed there were no characters left in the district since her father died was right, he must have been a sensation and the cause of a bleedin’ riot at the annual village garden party. 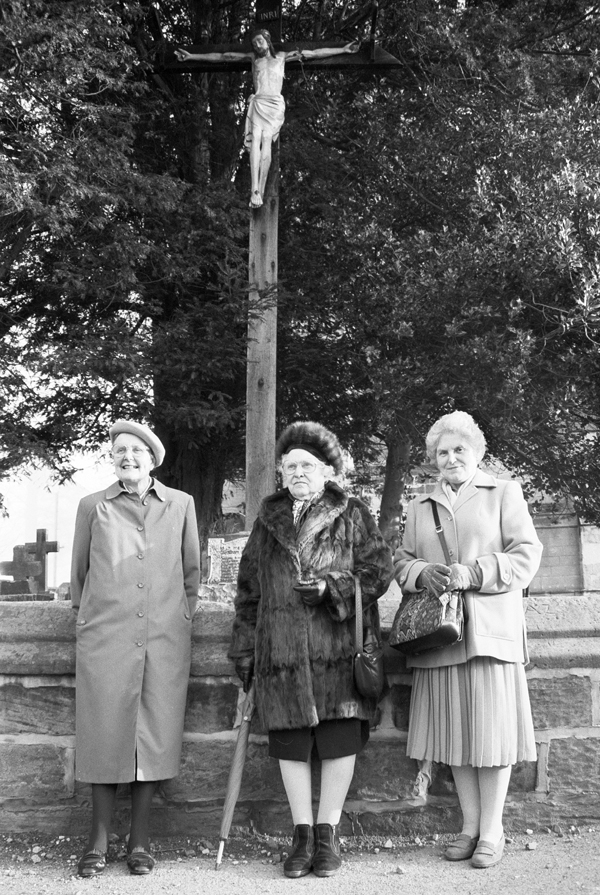