I love going on the North Yorkshire Moors Railway. Steaming along the tracks from Pickering (where this photograph of my mate Geoff was taken), viewing the countryside and admiring the delightful villages along the way is always a treat.

One of those stops on the line is Goathland which, as many of you know, doubles as the fictional village of Aidensfield in the YTV Heartbeat television series which was set in the 1960s.

The large Leeds based advertising agency I worked for in the 90’s used to do quite a bit of design and artwork for Yorkshire Television. One day we were told about a new upcoming series called, Heartbeat. A logo needed designing  and, as director of the artwork studio and head of typography, I was very excited that we were to produce it.

A lot of research went into selecting a range of potential typefaces for the logo. We looked at LP covers, record labels, books, pop art, film titles and a host of other sixties related items. We then mocked up some really good designs for the powers that be at YTV to peruse and consider.

One of the ‘top brass’ at YTV, who had the final say, took the mock-ups home to show his wife. His partner had no experience in art, typography (or common sense) as far as I could make out, and told her husband she didn’t like any of the designs.

We received a new brief to make it plain and simple. With the deadline looming we knocked up a new design in about ten minutes flat, using as little imagination as we could without jeopardising our professional reputation. The idea was that nobody would pick this second rate ‘plain and simple’ contender over the great designs that we had already submitted.

That theory was bollocksed when word came back that the top man and his lady  loved the newly submitted logo, which has now been plastered all over Goathland for almost thirty years. It still tarnishes a lovely trip out along the North Yorkshire Moors Railway – perhaps I should get over it, but I won’t.

(Check out the photograph of blues legend, Lefty Dizz, Burnley Blues Festival 1993 in the Music gallery, to read of Nick Berry’s post-Heartbeat career and the part I played in it). 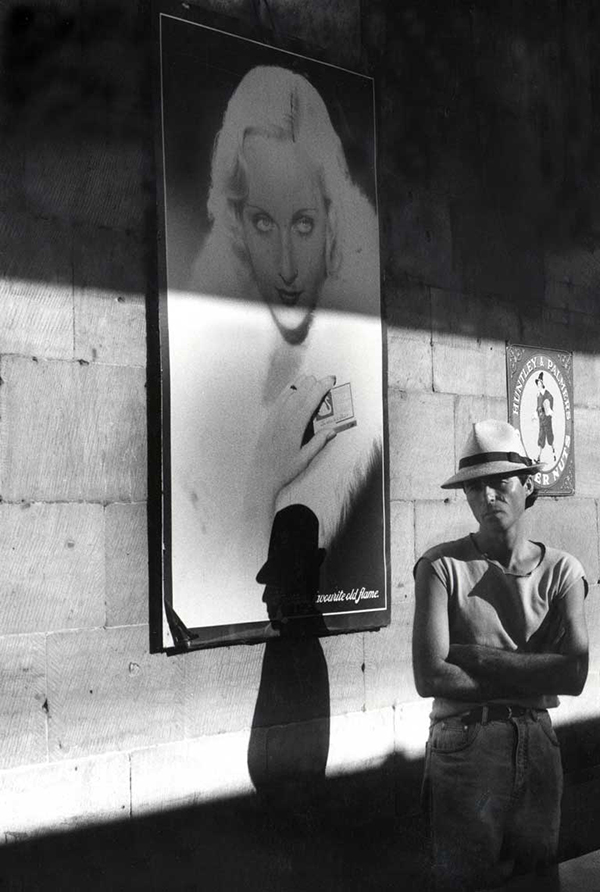